PROJECT DETAILS
Proposals which demonstrate urban landscape potentials for social events and how the Namibian fashion week can take advantage of this.

Key message
As the state of fashion continues to evolve around the world, for Namibia there is the opportunity to deconstruct the standards of fashion shows by incorporating them within existing public spaces which otherwise tend to be lifeless due to strict city regulations. Beauty can be found in what's already there, and, with the potential that is within Namibia's urban landscapes, these spaces can help offer a different fashion experience while simultaneously cultivating a culture of use of public spaces for more than just passive activities.

Outcome
The proposals produced an unconventional runway, creating a harmonious connection between the man-made structures, public spaces and fashion. 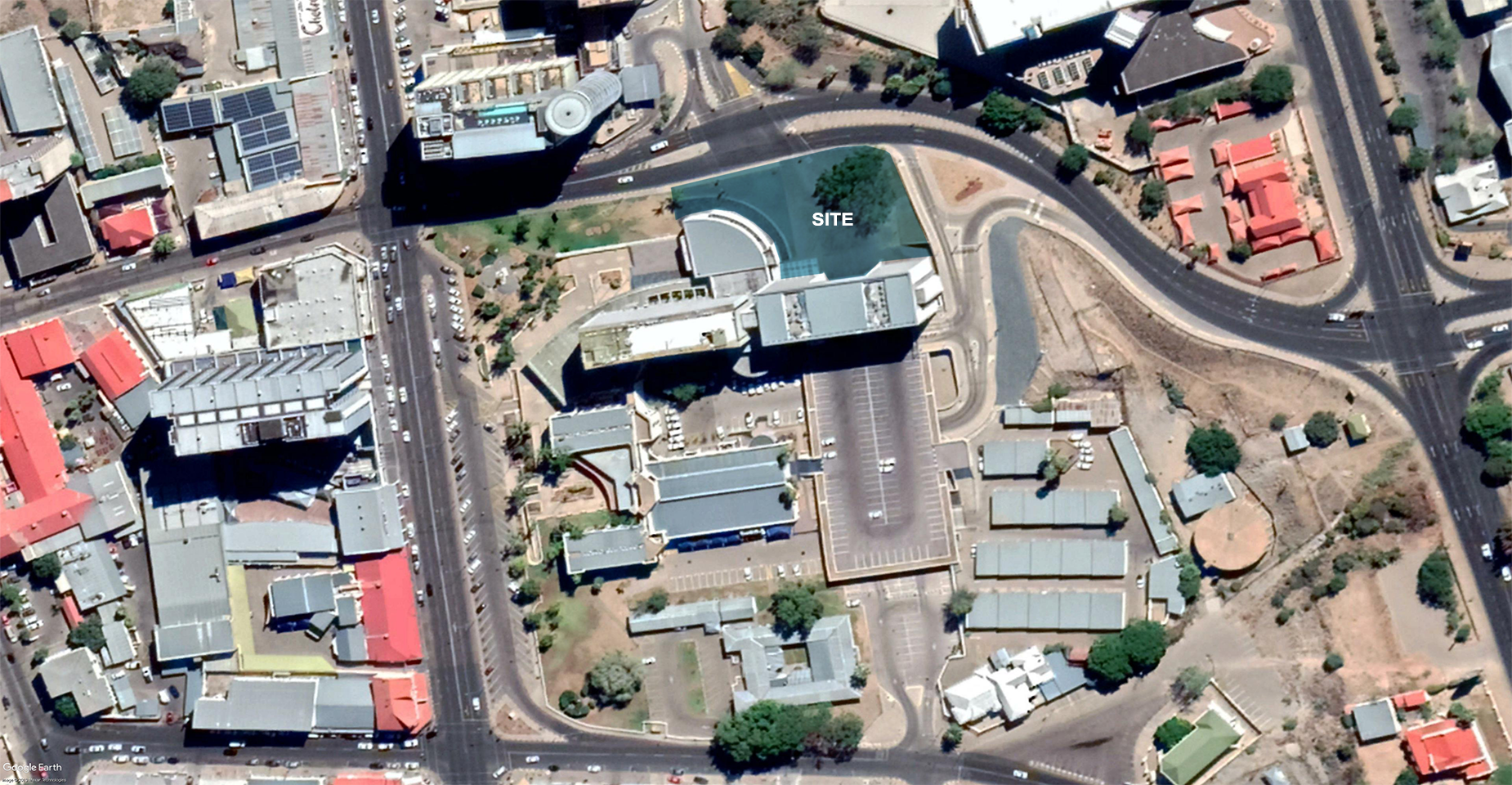 In 2019, Virgil Abloh created a New York sidewalk set for his Louis Vuitton menswear autumn collection. Though it was quite theatrical, it offered an experience almost as if one was truly just watching a group of models walk down the street on a normal day. Jacqeumus' 2021 summer collection, which took place on a runway snaking through a wheat field in France, is another example of how what's already there can create a different fashion experience. Therefore, the proposals implemented in the city of Namibia aimed to evoke a contrasting experience, as well as offering various possibilities for its fashion week.

The two proposals are set in two locations: the Windhoek City Municipality Square and the Freedom Square, both situated in the city center and surrounded by hotels, restaurants, shops and office buildings.

The Windhoek Municipality Square proposal is set around the monolithic U­-shaped building, which was initially designed this way to accommodate outdoor events, although it has rarely ever been used. Here the fashion shows can make use of the various spaces, such as the winding steps, the four strategically placed trees or the space directly beneath the U-shaped building, for kiosks, "red carpets" or runways.

The second proposal is on Freedom Square, which is sandwiched by cafés on one side and office buildings on the other. The area becomes busy with people during the day and night; these kinds of activities can surely create an atmosphere which doesn’t seem strictly regulated but instead more spontaneous. The space also comes with existing urban furniture and some vegetation, so it doesn't require so much enhancement.