Fashion Retail in Four Temporary Locations in the Idyllic Norwegian Landscape, due to Covid-19

PROJECT DETAILS
A proposal for fashion retail in four temporary locations in the idyllic Norwegian landscape. 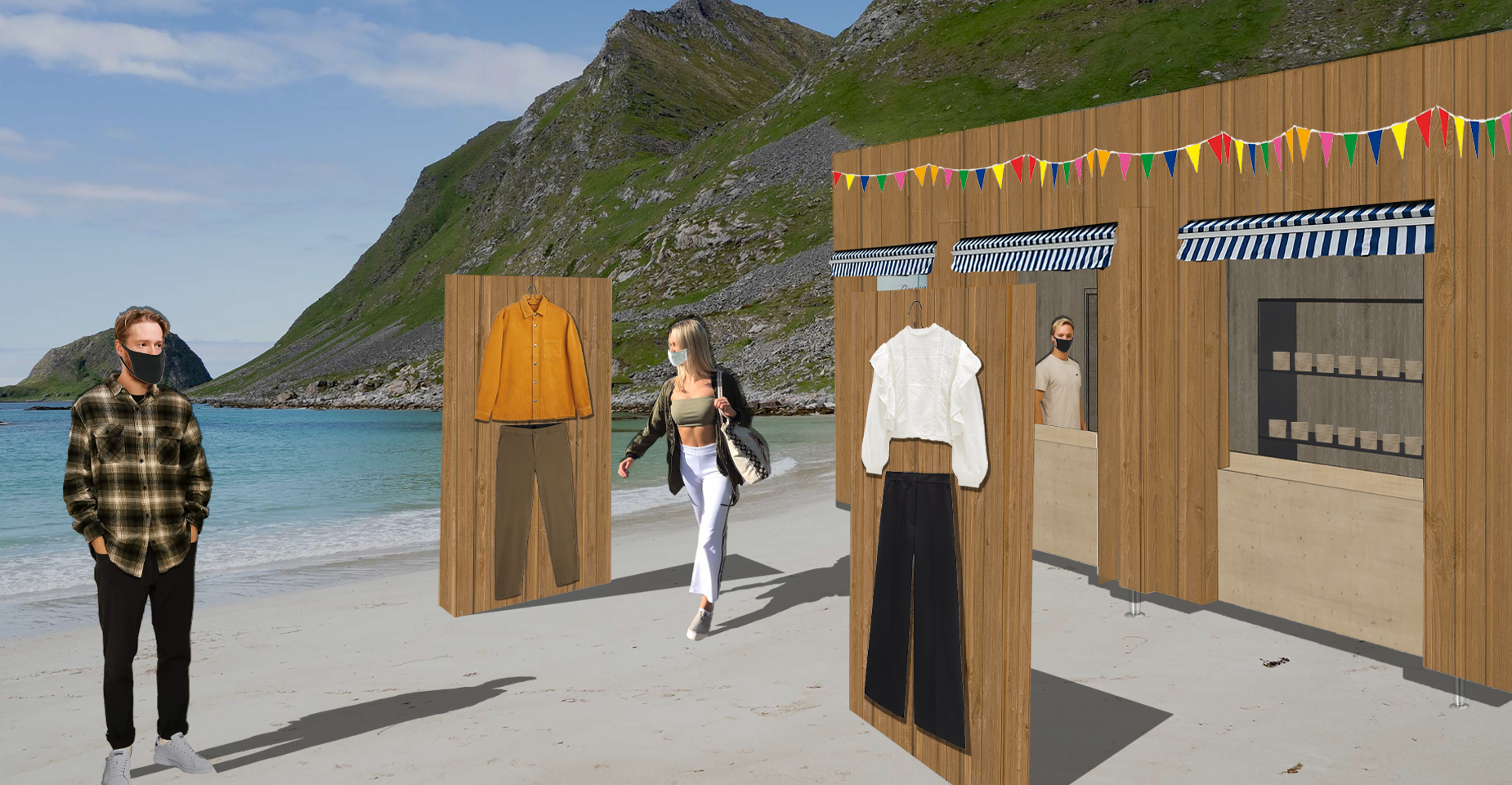 Because of Covid-19, most Norwegian people had to spend their holidays in Norway in the summer of 2020. What the situation will be in summer 2021 remains uncertain, but many who chose to holiday in Norway said that they are tempted to do the same thing next year. I have developed a pop-up concept for people who will take their holidays in Norway or those who want to take a day trip. The idea will be open for tourists from other countries as well, if the borders will be open.

The thought behind the concept is to combine retail with idyllic nature experiences. It is no secret that many physical retail stores had to close or reduce their opening hours due to Covid-19. This concept involves the establishment of outdoor pop-ups, enabling the idea of “local store” to move to where the potential customers will travel. Norway’s idyllic and varied natural environment allows the combination of retail with nature experiences. Because the stores will be outside, there will no concerns about too many people being together in small retail spaces.

I chose to place retail concepts in four different but typical tourist locations in Norway. I decided to use locations based on statistics that show where Norwegian and foreign tourists travel in Norway. The chosen places are Vestlandet (Western Norway), Oslo (the capital of Norway), Sørlandet (Southern Norway) and Nordnorge (NorthernNorway), which were the most popular destinations in 2020. The stores will be similar in all areas, but with the reference to the local build environment, for example, traditional local colours on to reflect the Norwegian districts.For example, Southern Norway's store will be white, because many people associate Southern Norway with white houses.