PROJECT DETAILS
SADAELS puts their Argentinian heritage on the map of Antwerp with a humorous fashion show that depicts a modern-day wedding ceremony in Buenos Aires. Their Cumbiancheta Collection is built up by edgy but functional garments in firm, yet fluid materials that scream of rebelliousness and passion.

Key message
By repurposing traditional attitudes, SADAELS pays tribute to their Latin-American roots. They shine light on the fact that the modern life of Argentinian immigrant life of Antwerp can keep the rich history of Argentinian culture intact, despite the everlasting influence of local Flemish culture.

Outcome
The controversial collection is introduced through a satirical fashion show portraying an Argentinian wedding, where we witness purely Argentinian traditional culture. Influences from the 1990’s pop-culture paint a colourful layer of ritual, all observed through Flemish eyes. The purpose boils down to the preservation of the affluent records of Argentina. 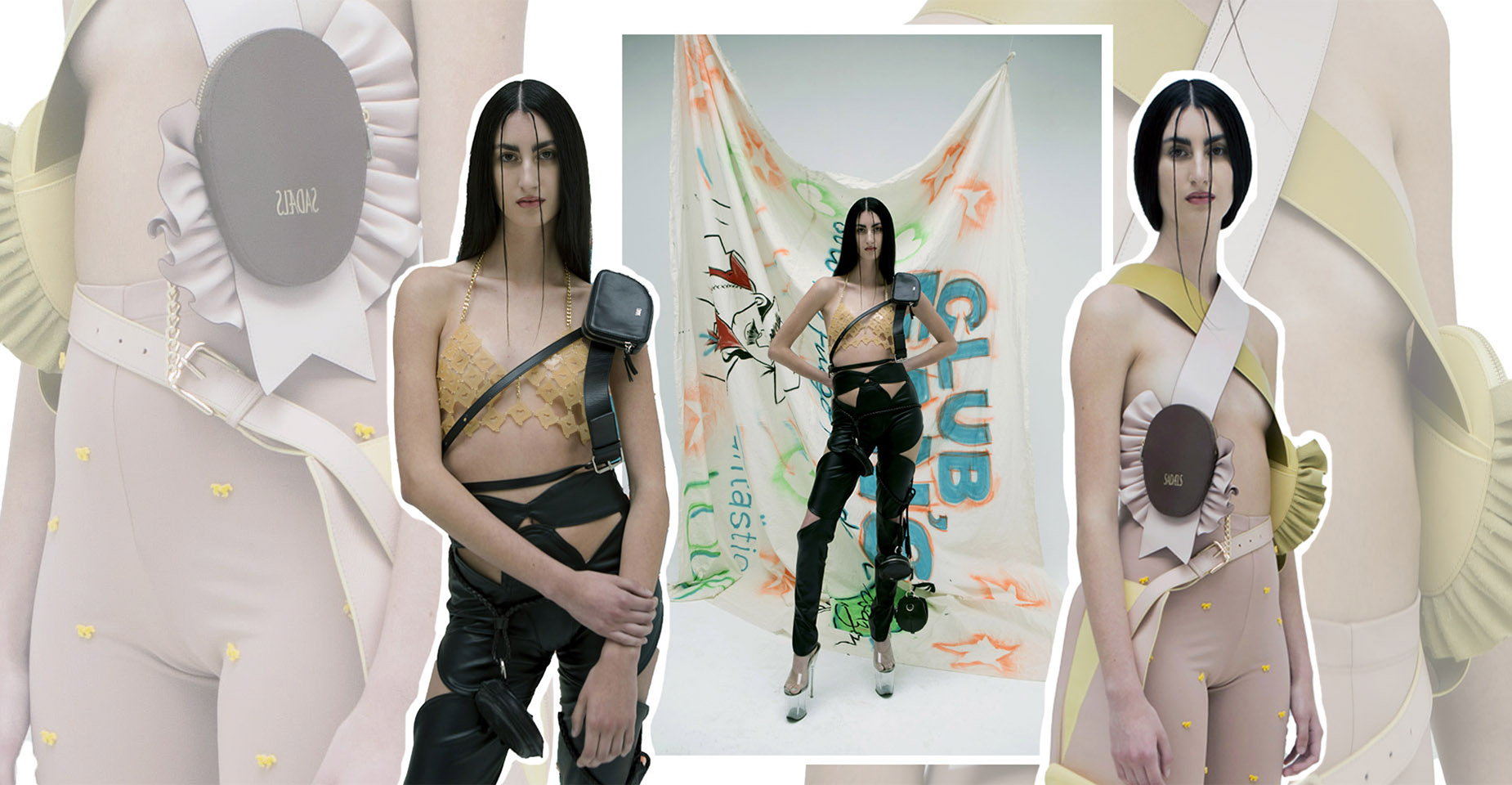 Anti-Fashion with Argentinian and Belgian influences create a sensual fashion collection with pieces that convey their own message. SADAEL’s Cumbiancheta Collection is inspired by the 90’s cumbia - tropical music that defined Latin-American culture in its era. This was a time based on dreamy joy amongst the population right before the country entered a disaster. This absentminded paradise is portrayed, in the collection and the fashion show, through daring pieces of clothing, neon colours, functional statement accessories and a happy-go-lucky, modern approach to the execution of tradition, - put on the edge.

The Fashion Show in Two Acts

The fashion show paints the picture of a modern-day wedding in Buenos Aires. A narrator introduces us to several wedding guests who are all in different life situations. We see their bubbly and passionate personalities shine through the screen. The first act takes place before and during the wedding ceremony. Two young children are shown running away after the narrator’s announcement that they find inspiration in the Kardashian Family. The bride’s maid of honor is sitting down, bragging about the makeup she did for a model, of whom she is an acquaintance. We meet the bride’s father, who is seen working hard to do the last finishes before he, too, can join the party. Meanwhile the narrator tells us that he adores his daughter and sold his car to afford this wedding. We are introduced to people who are looking for some fun, and people who have only showed up for the food. The bride and the groom are described as party-enjoyers who know that they won’t stay together forever. They’re only getting married for the memories and to please their families.  The second act takes place at the wedding reception, where we witness people eating, smoking, dancing, and having fun.The depiction is narrated in a very easy-to-understand way, which creates an edgy, yet humorous twist of reality. The ending of the fashion show portrays an old woman collapsing and naïve guests who try to cool her down.

Accessories Fused with the Garments

The collection consists of clothing made of silk, cotton, and neoprene, which is the same fabric as used in wet suits. And in addition to this, leather is used in both their garments, through jackets and dresses, and their accessories through incorporated bags and accessories. These bags are designed as a part of the pieces, to solve the problem of traditional women’s clothing, where you need to buy the accessories as stand-alone products if you want to spice up your outfit. SADAELS lets you buy one product serving the purpose of being a clothing garment and the matching accessories or bags.

Neon, red, black, and white are the colours we see the most in this collection. Neon has its strong influence from the Latin American pop-culture era of the 1990’s. The tropical music genre called Cumbia was very popular and the Argentinian population lived on a consumer-based cloud, unaware of the reality of the collapsing economic of the country. This consumerism is portrayed in the fashion show through the huge amount of cake and alcohol that has been left half eaten. The fashion collection is inspired by both this cheap-loving lifestyle, uber-sexuality and the 1920’s.

Juan Hernandez Daels is the creator of this Belgian-Argentinian clothing brand. Their focus is women’s fashion put into the perspective of the strained associations of these roots. In their fashion show they highlight their heritage in an ironic way through the portrayal of an ordinary local wedding in Buenos Aires, Argentina. The satire is created through the narrator’s interpretation of the story. It is characterised by the perspective of a Flemish person witnessing this culture, with an unfamiliar perceptiveness.