PROJECT DETAILS
In my bachelor’s project, I wanted to create a holistic retail concept for people with non-binary gender identities in Oslo, Norway, and contribute to greater gender diversity in today's fashion industry here in Norway. The result was a gender-neutral clothing concept called BINARY.

Key message
BINARY aims to put an end to traditional gender norms, and represents the vision of a gender-neutral clothing concept, which is located in the centre of Oslo in the form of a physical showroom and an online shop. Using the conceptual model of fashion spaces that consists of four dimensions – location, place, site and metaspace – we gain an understanding of how the concept can reach new dimensions through the use of social media, such as Instagram.

Outcome
Location refers to a specific place – in this case, Prinsens Gate 10B, Oslo. Place refers to a physical place and its context – in this case, Prinsens Gate as a main shopping street in Oslo. Site refers to how architectural objects are transformed into fashion spaces through the design of the space – in this case, a gender-neutral clothing concept. Metaspace is an abstract idea or perception of a place that only arises within certain boundaries or time periods – in this case, it is the physical shopping experience in a gender-neutral store. By sharing the experience in social media, the idea of a metaspace is preserved and can be experienced over and over again, adding a new dimension to the physical retail concept (McQuillan 2020). 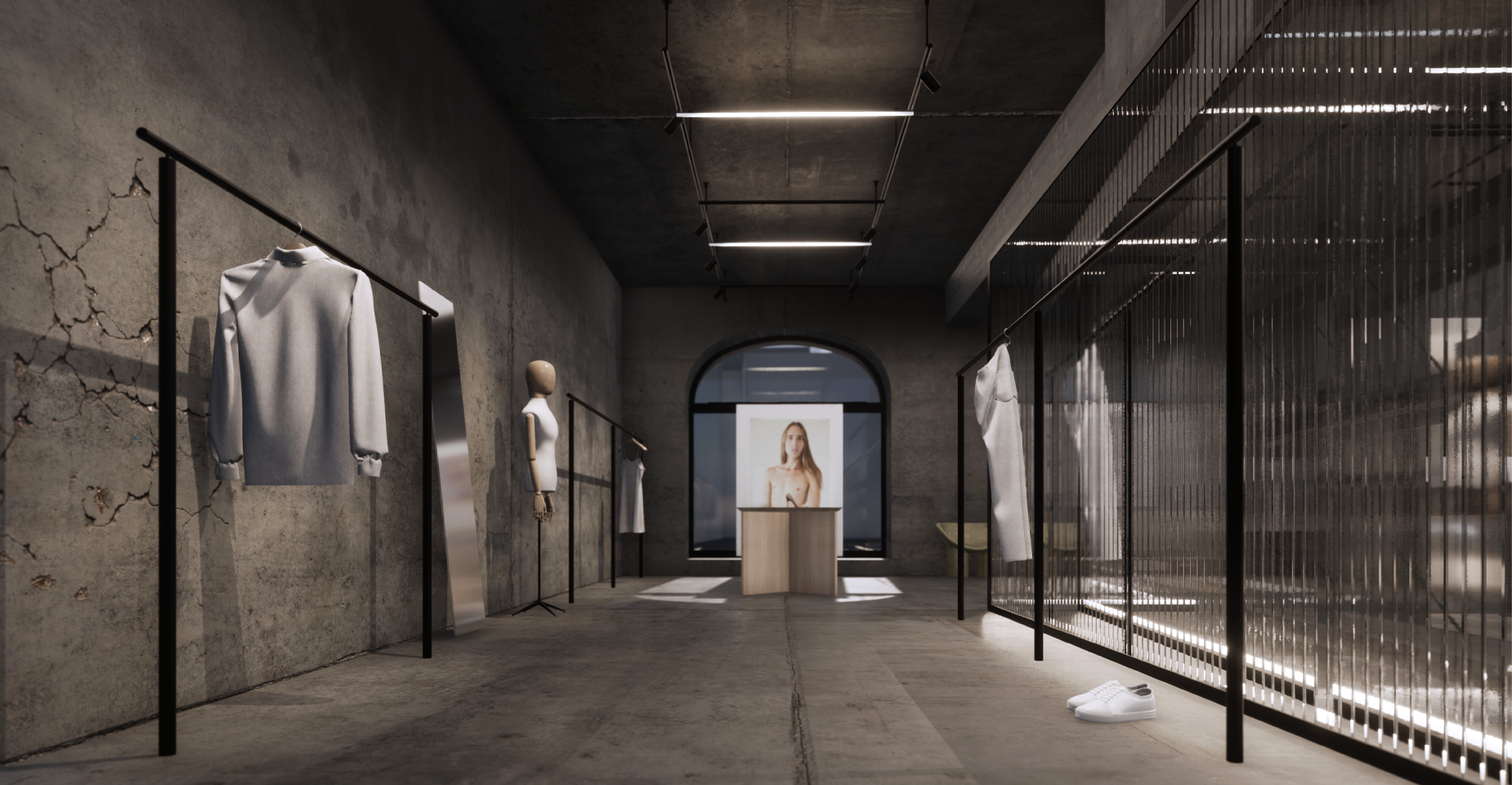 Today's commercial society is based on traditional gender stereotypes, and from the day you are born it is decided what clothes you will wear, what toys you will play with and what behaviour you should display – depending on whether you are a girl or a boy (Renolen 2013). Although the distinction between the genders is most evident in the children's department, where you can choose between pink and blue, we can clearly distinguish which clothes are intended for which gender through store design and marketing (Marini 2018). Clothing and fashion are a crucial part of defining our gender identity and gender expression, but, because of the narrow boundaries created by our society, it is difficult to express ourselves in ways that deviate from traditional gender norms (Marini 2018). It is assumed that those who break with binary gender norms are particularly exposed to stigmatisation and discrimination, and must define themselves in a society that does not accept their gender identity and gender expression (Renolen 2013).

With my bachelor’s project, I wanted to create a holistic retail concept for people with non-binary gender identities in Oslo, and contribute to greater gender diversity in today's fashion industry here in Norway. The result was a gender-neutral clothing concept called BINARY. The name and logo play with the typographic element “strikethrough”, which has a kind of double meaning; in traditional media, it was used to indicate that something was misspelt and needed to be corrected, while digitally it is used to indicate information that has recently been deleted (Nordquist 2019).

BINARY aims to put an end to traditional gender norms, and represents the vision of a neutral clothing concept, which is located in the centre of Oslo in the form of a physical showroom and an online shop. By combining these typologies, a unique-non retail space is created where customers can freely create and express their own identity regardless of the notion of gender. This is achieved by allowing customers to order tailor-made clothing, choosing the colour, fit and style of their choice. This process is carried out through customer consultation and 3D body scanning in the physical showroom. The concept is also intended to serve as a meeting place for the respective target group, creating a safe space that can be used for both social events and workshops outside opening hours. BINARY wants to be a concept for everyone, regardless of gender identity and gender expression, and shall represent the different identities in today's society. By being authentic and inclusive, the brand will be involved in the battle for greater gender diversity, and will redefine how society views fashion, beauty and style.

The retail design of BINARY reflects the idea of a gender-neutral retail space, achieved by playing with an expression that may seem raw and crude but that symbolises that something is "under construction", which in this case is the identity and gender expression of the customer. Starting from the theory that the development of identity is closely linked to the space in which it takes place, a neutral range of materials and colours are used, with elements that can be perceived as both masculine and feminine to create a more fluid expression. The retail space is divided into three main parts – a showroom, a lounge and a meeting room. The showroom area represents the commercial aspect of the concept, and faces the main street to be visible to the public. The lounge area is oriented towards the back yard, to provide more seclusion and the possibility to use the back yard for events and workshops. The meeting room is placed in the middle of the shop, and serves as a meeting room as well as a fitting room for customers.The ribbed glass room is discreetly designed to make customers feel comfortable when trying on clothes, while at the same time serving as a focal point for the retail space.