KEY MESSAGE
Johathan Anderson, a London College of Fashion alumnus, replicated a natural product as an object of design in both the collection and the set.

OUTCOME
The Loewe SS23 collection is an outstanding demonstration of what a designer can achieve by experimenting with scale both in clothing and space. 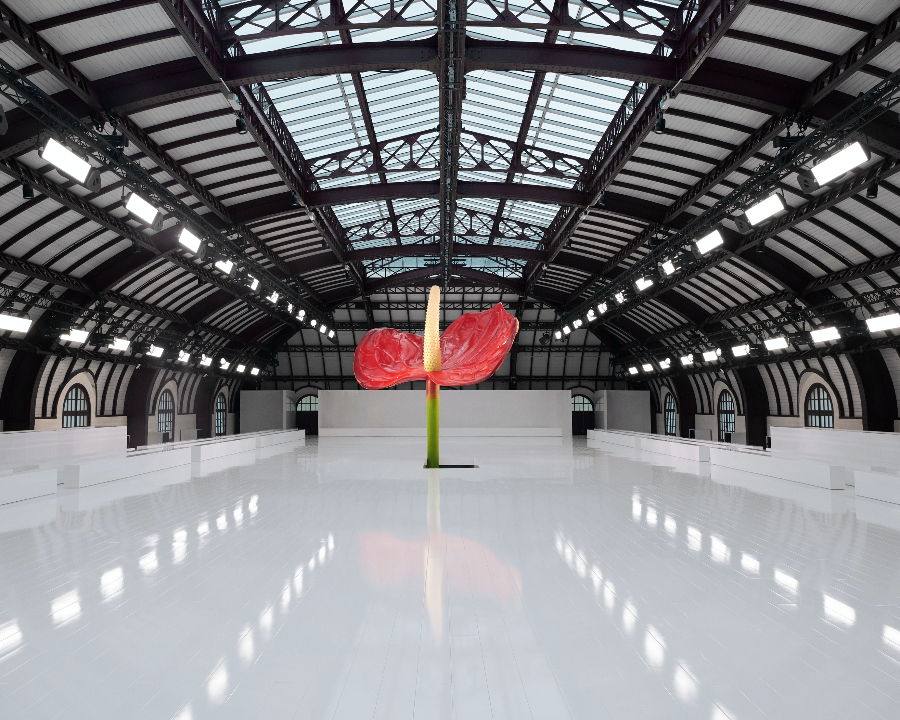 Changing scale is a design manipulation game in which players explore environments by varying the size of the objects contained within them. The Loewe SS23 show is a direct design statement enhanced by the act of reduction: the reality of detail in unexpected scale builds surrealism in the act of wearing.

Models sprouting from the floors

The setting for the Loewe SS23 presentation at La Garde Républicaine, in Paris was rather straightforward. The raised white hardwood floor was the scene. A large anthurium bloom stood by an opening in the floor. Models emerged from the floors carrying miniature versions of the same floral decorations on their shoes and outfits. The display featured a depiction of flowers developing. 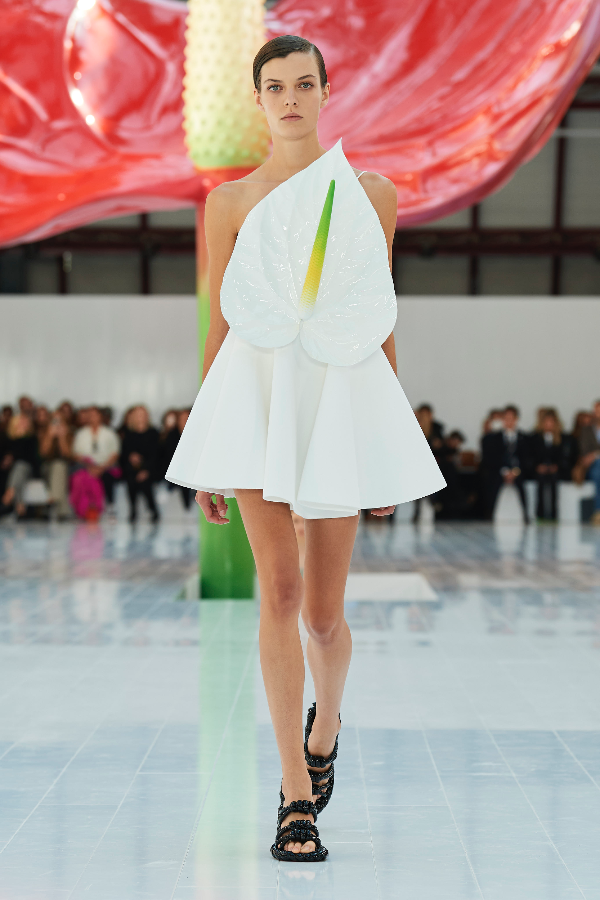 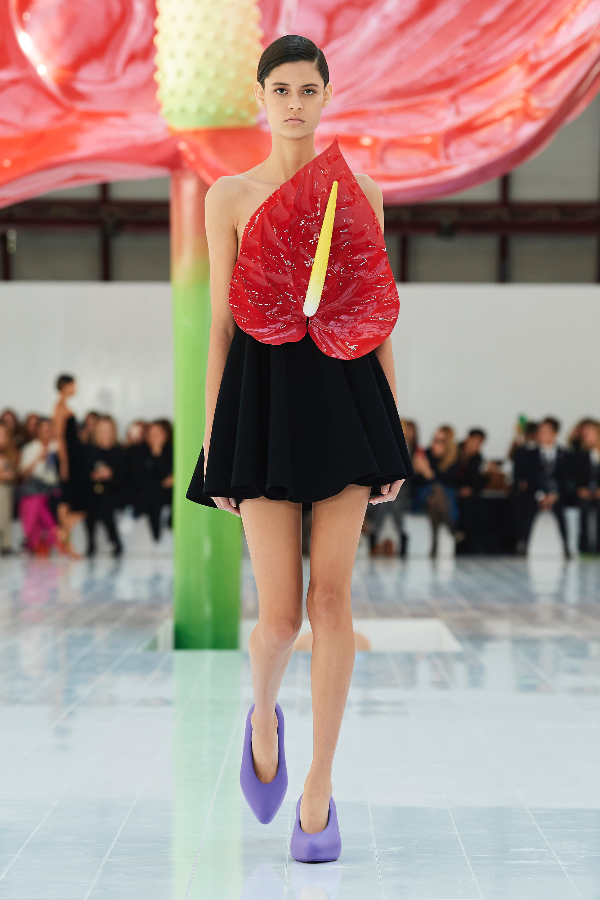 The axis of the correlation between a garment and a architectural design object is the least complex in the convoluted structure of the relationship between architecture and fashion. This time Anderson duplicates the natural object many times. The scale game is applied to both space and clothing. However, this simple method works for Loewe SS23 due to the incredible craftsmanship and material selection: velvet and waxed cotton, enamel metal and leather. 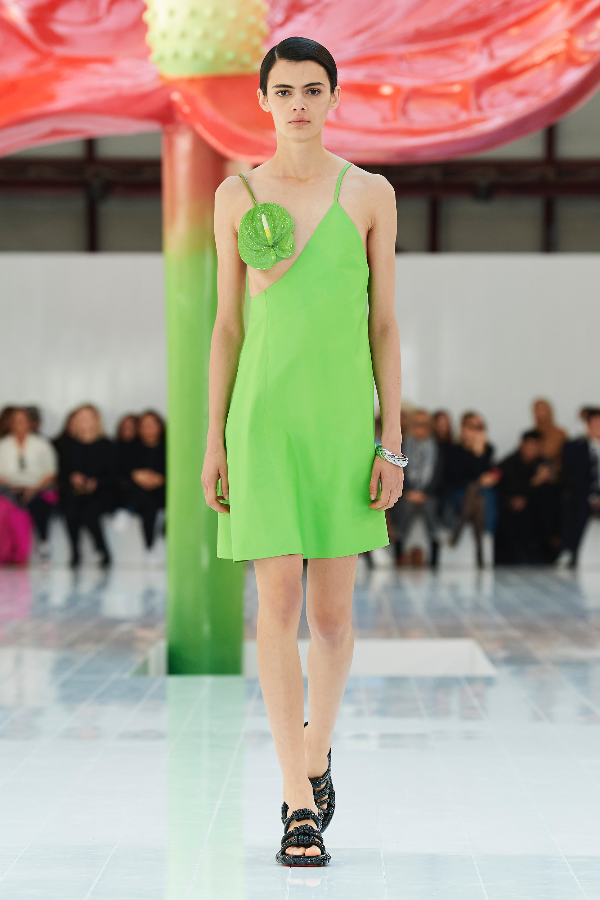 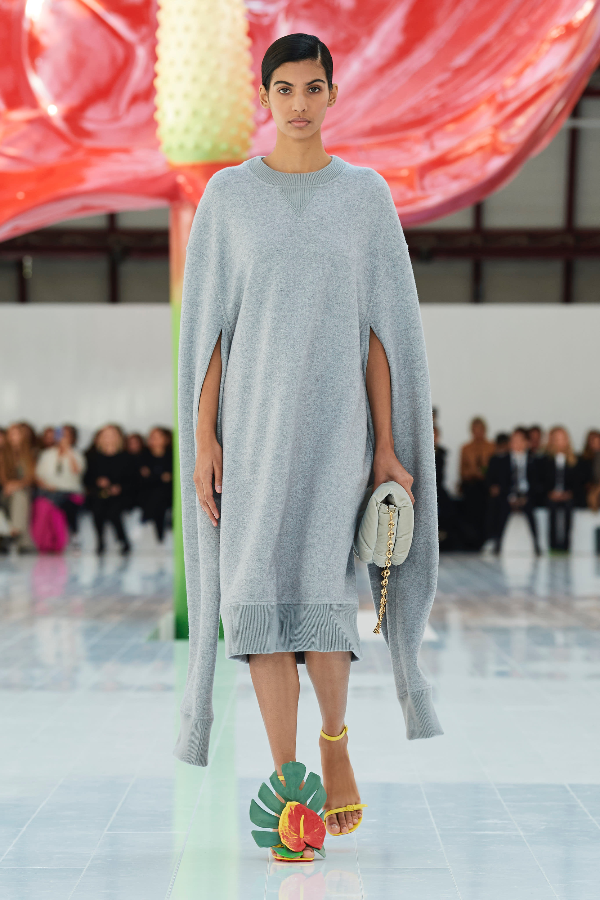 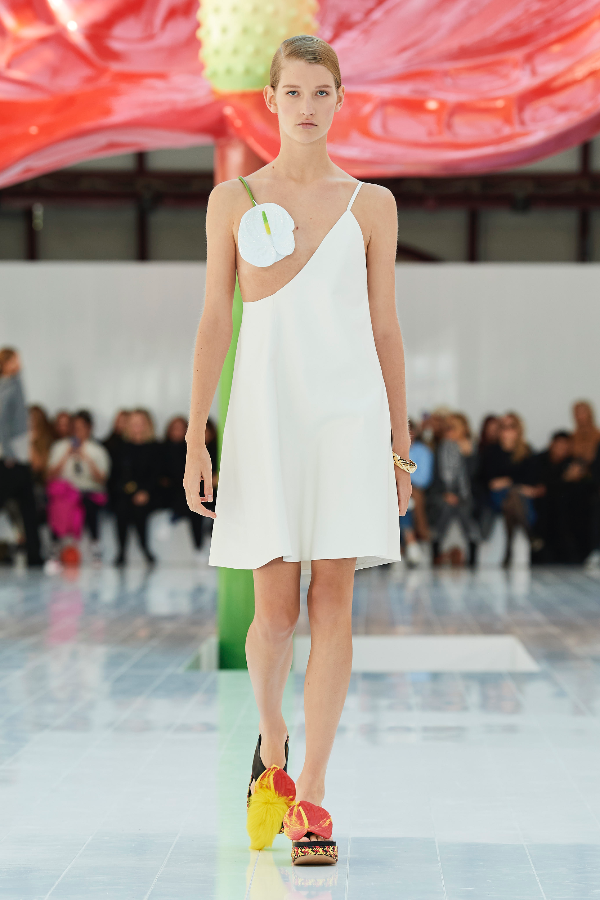 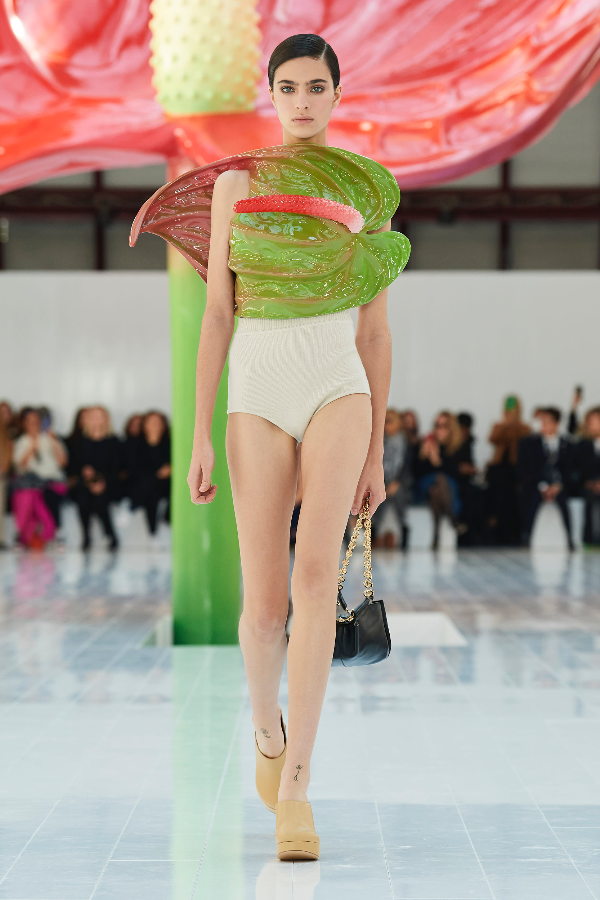