PROJECT DETAILS
WATARU TOMINAGA’s Spring/Summer 2022 collection reflects a story through the design of printed patterns, set in a realistic scenery where photos come to life in a fresh manner.

KEY MESSAGE
Forming a connection between global space and its history, and putting this into context can contribute to construct a new form of harmony.

OUTCOME
Using contrast and comparison as a remedy to create simultaneous coherence and interference in the collection, through the use of prints in the clothing. 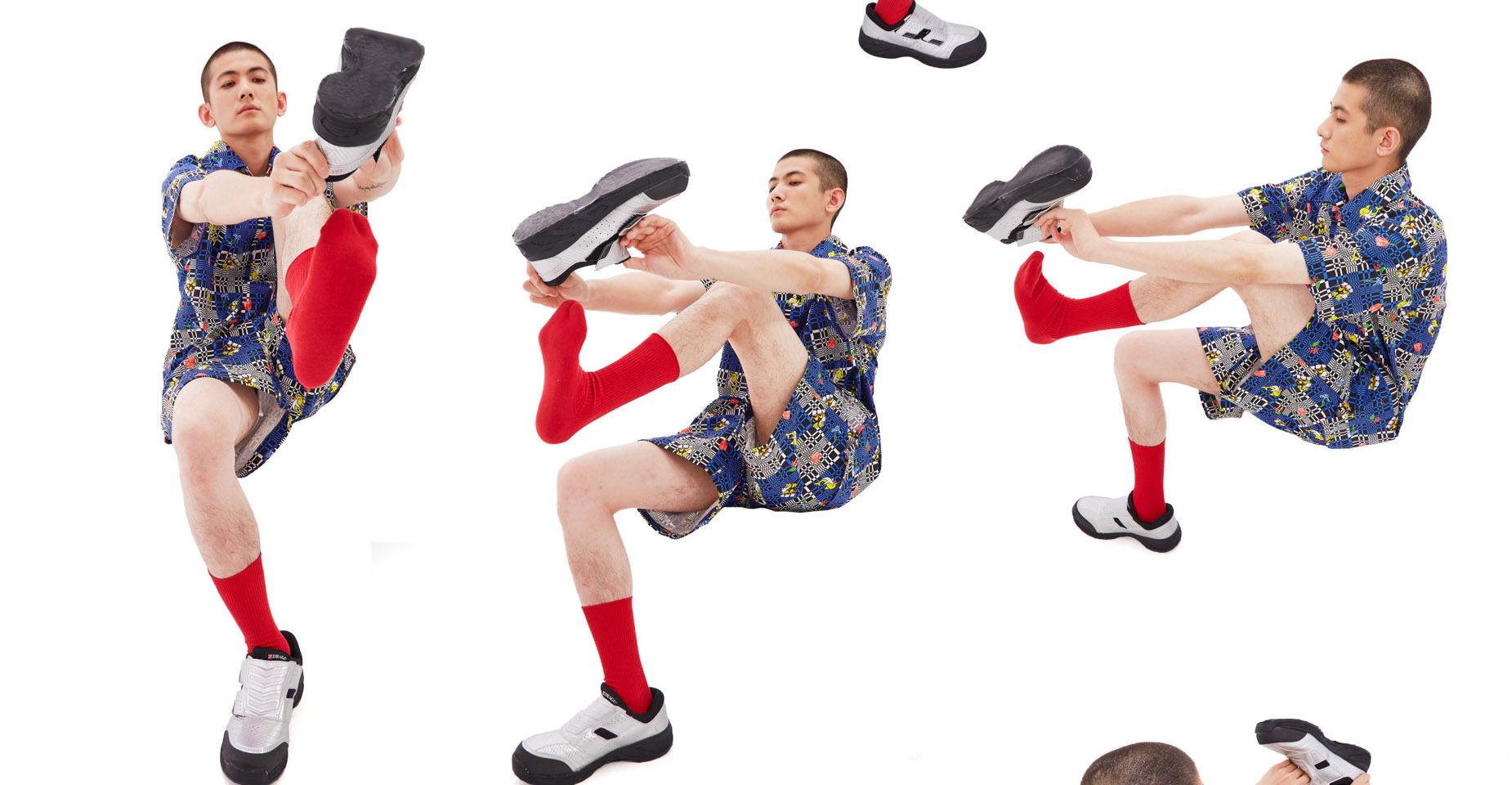 Inspired by both Eastern and Western culture, Tominaga experiments with different varieties of prints in his collections. The Japanese designer has hand drawn and photographed patterns and prints for his designs for his Spring/Summer 2022 collection, and created an assortment of contrasts through combinations of unique prints and patterns.

Tominaga received a BA degree in Fashion Print after studying in Japan, Finland and the UK, as well as a MA degree in Fine Arts from the UAL. His international travelling has encouraged his design aesthetics, which is characterised by photography collages, children’s graphics, plaid patterns and bright colours. Because of this, the designer has an extensive art and design related education as a baseline for his career, and he shows his versatile nature in this collection. Tominaga has drawn the patterns and prints featured in the collection himself, as well as having photographed the pictures printed in collaged graphics on several pieces. 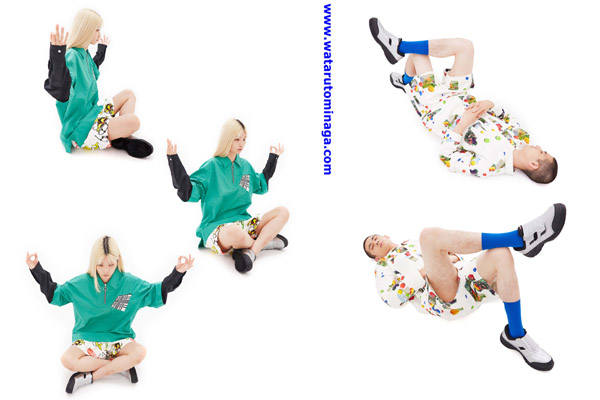 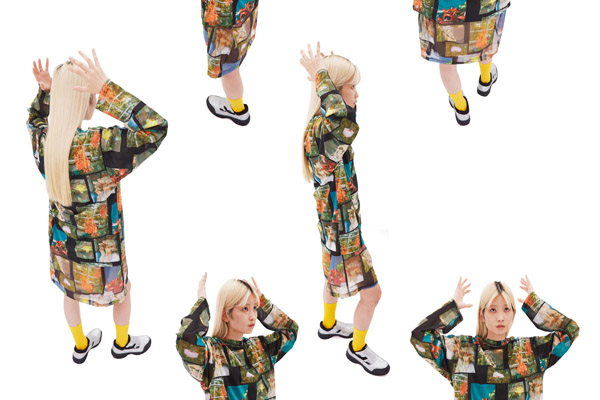 Tominaga manages to capture every angle of the items worn, and by doing this he showcases exactly what they look like in true, realistic positions. He has created a video in the form of pictures; much like in films where objects are physically moved between each picture until there is a series of pictures that are put together and played swiftly on a monitor. These are then perceived as a continuous video. His collection acts almost as a homage to stop motion movies, where we get a 360 degree view of his designs collaged together, similar to the structure of a comic strip. This approach gives the clothing a new dimension of complexity. Because by putting the full collection in a playful, yet real setting, the context enhances its relatability and credibility, and invokes coherence within. This also reflects the experimenting of prints, as this stop motion/comic strip method is tentative in itself. 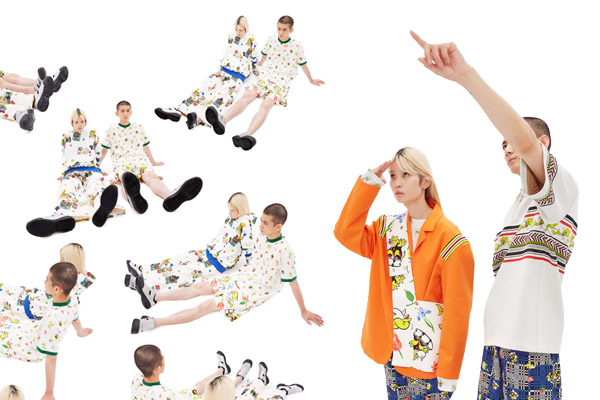 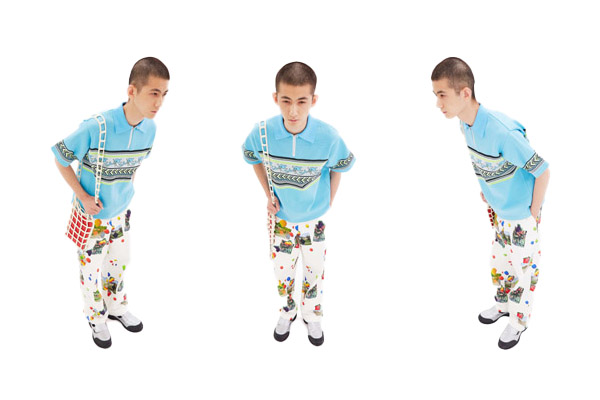 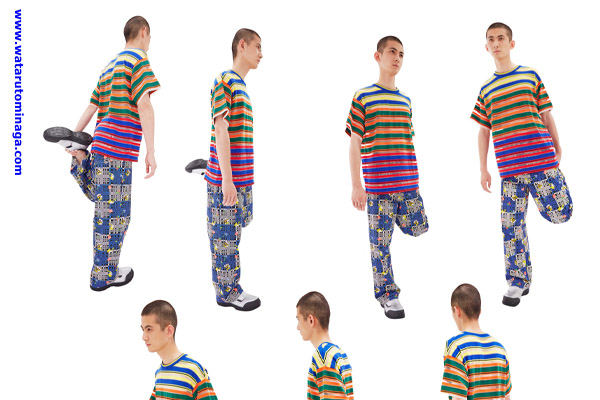 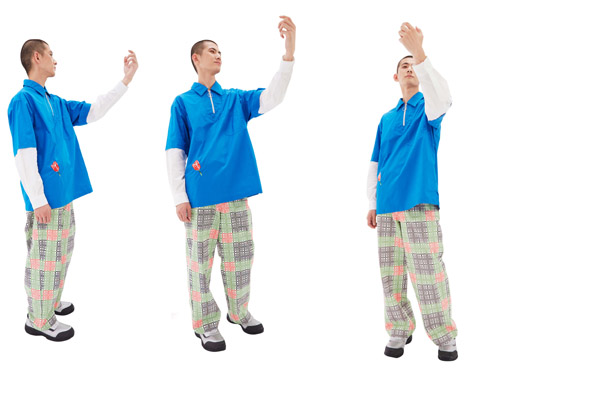