PROJECT DETAILS
Valentino Haute Couture SS2021 by Pierpaolo Piccioli staged at a true jewel of the Roman Baroque, the Galleria Colonna that was commissioned in the mid-1600s by Cardinal Girolamo I Colonna and his nephew Lorenzo Onofrio Colonna.

KEY MESSAGE
The rituals, the process, and the values of Couture are timeless. They celebrate the human: the mind that conceives and the hand that creates and gives value. Through a work process that sits above time, they produce timeless objects molded on the individual.

OUTCOME
The temporal code of this recoded Couture becomes a digital tale in the collaboration with Robert Del Naja: a self-standing, complete document of the long process of the Atelier. 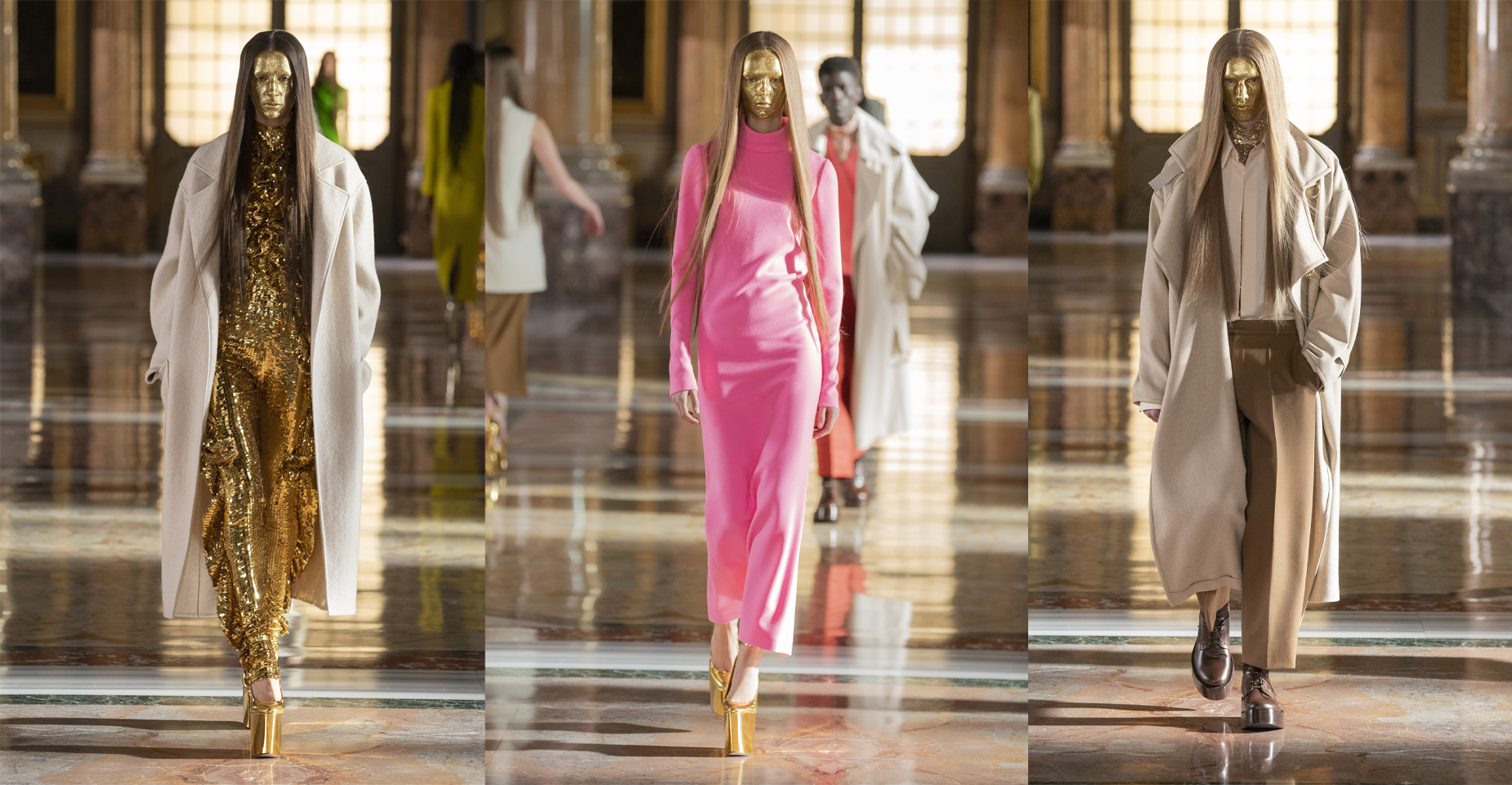 The information on the making of, of the collection, the faces of the artisans, the time-lapsed photo shoots of the work in progress on the tailoring dummy, become algorithmic sequences elaborated and set to music by the machine; trained by creative partner Mario Klingemann. The human feeds the mechanic, the manual activates a neural and digital process, in the quest for a new humanism. Through the synthetic filter of artificial intelligence, the emotional aspect of Couture emerges, with the celebration and enhancement of human quality: a code that regenerates itself endlessly while remaining timeless. 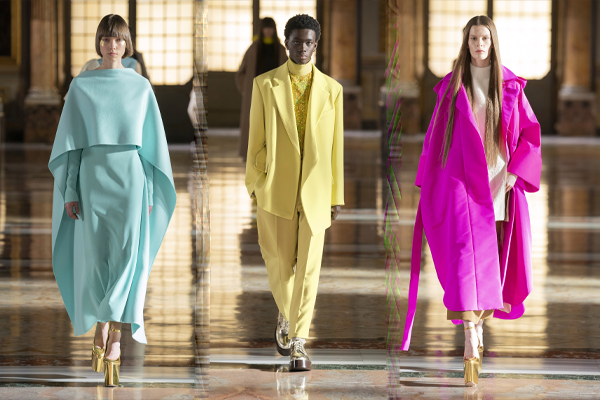 Verticality as a tension in which what is complex is resolved into vibrant simplicity. Fabric asa material elevated by handwork, as a texture that incites discovery and surprise. Raised on the highest heels, the long and lean silhouettes are accumulations of elements, stripped of every evident artifice, of prints and decorations, which up close appear different from how they look from afar. The pullover is in fact woven fabric; a solid surface swarms with petals, or dematerializes into folds of ribbons. Line, the texture of the fabric, the warm and cold neutrals and the acrylic glares, do all the talking. The apparent preciousness becomes silent, intimate ,just as the interchangeable and protective simplicity of the pieces is intimate. Sudden, flashes of daring.