PROJECT DETAILS
Miu Miu Spring Summer Collection Basic Instinct at the Palais d'Iena in Paris. The collection by Miuccia Prada is an exercise in referencing and researching reality, using the existing to create the new. A reaction to and reflection of reality, an economy, a freshness found in iterations of eternal, universal garments.

KEY MESSAGE
Alongside reality, fantasy: the physical and virtual spaces of the Miu Miu show are punctuated with works by the artist Meriem Bennani, whose body of work explores intimate relationships mediated through the camera.

OUTCOME
The idea of intimate relationships mediated through the camera is echoed and overlapped with another interrelation of women and fashion. Alongside the collection's physical show, Bennani commands interrupt the Miu Miu live stream via a series of artistic interventions starring her mother. These fantasy sequences are mixed real-time into the show's broadcast to blur lines between virtual and real. 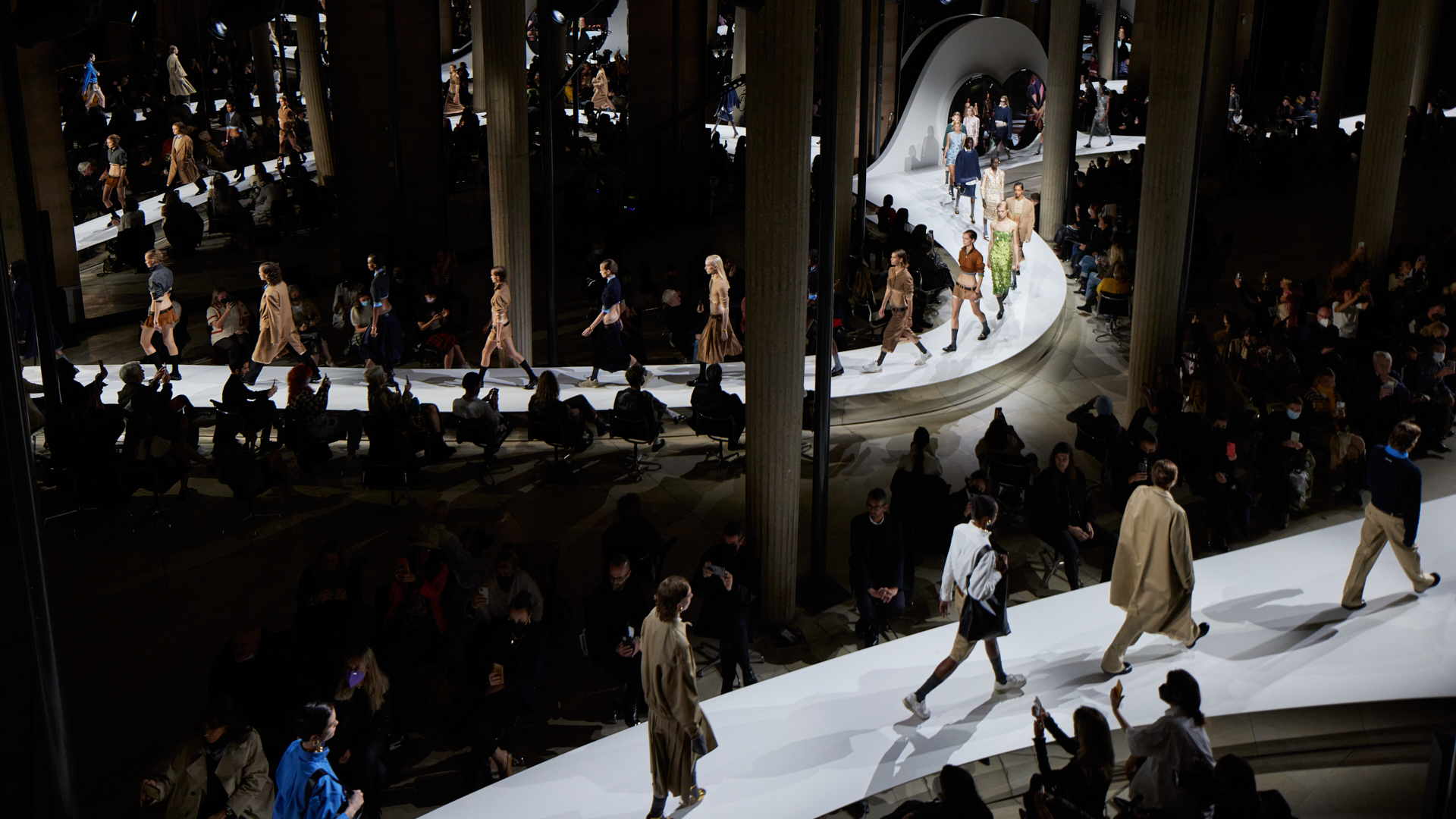 The interior of the Palais d’Iena is interrupted rather than transformed. Its architecture remains, a runway devised by AMO, the research arm of an international practice architectural OMA, is snaking through the center. The Eames office chairs were offered as seatings for the audience that way reminding that the Palais’ continuing function as a place of work.

The building Palais D’iena is one of the Paris architectural heritage in the category of concrete buildings. It’s a building by August Perret from 1937. The architect was using primarily reinforced concrete, a very modern material at that time. Perret's designs reflect a classical style but the proportions were a direct reflection of the type of materials used.

In the Palais, Bennani installs binocular-shaped screens to cut through the space, reforming and re-editing the physical experience of the show and projecting her films into real life. As with the clothing of the collection, these filmic cuts create a new work - editing reality, altering perceptions. 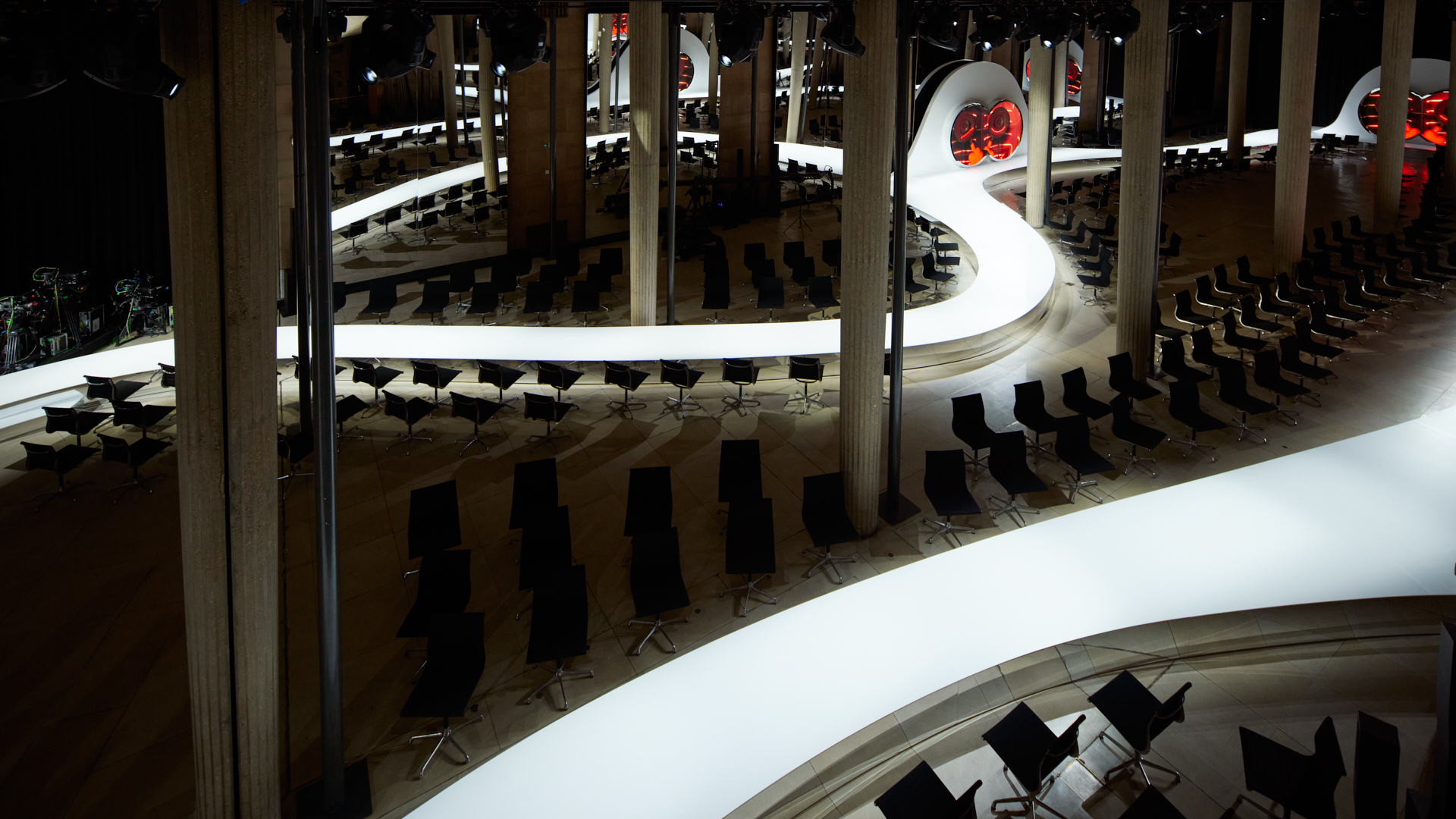 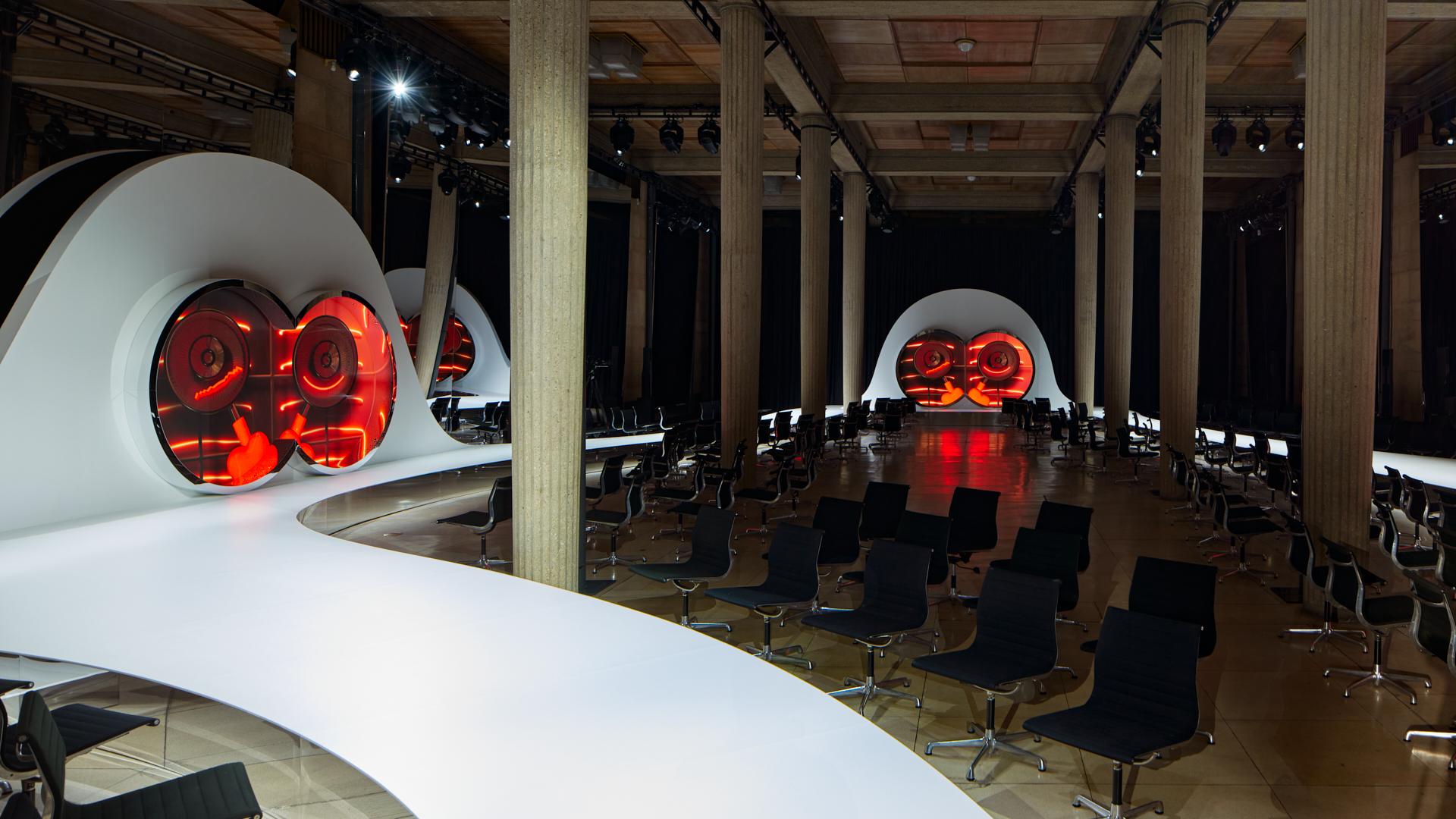 The foundations are classic - trousers, sweaters, shirts, blazers, suits and sheath dresses, absolute archetypes of everyday dress. A new balance of proportion is found through cutting into pieces - retaining the believable character of each, yet altering their relationship with the body. Trousers are cut into abbreviated skirts, sweaters and shirts carved out to reveal the body. Edges are left raw, elements of construction exposed in commemoration of the spontaneity of these actions. The notion of reworking existent pieces extends to a collaboration with New Balance - the 574sneaker is re-proposed in white, khaki or blue denim, with raw-cut edges. 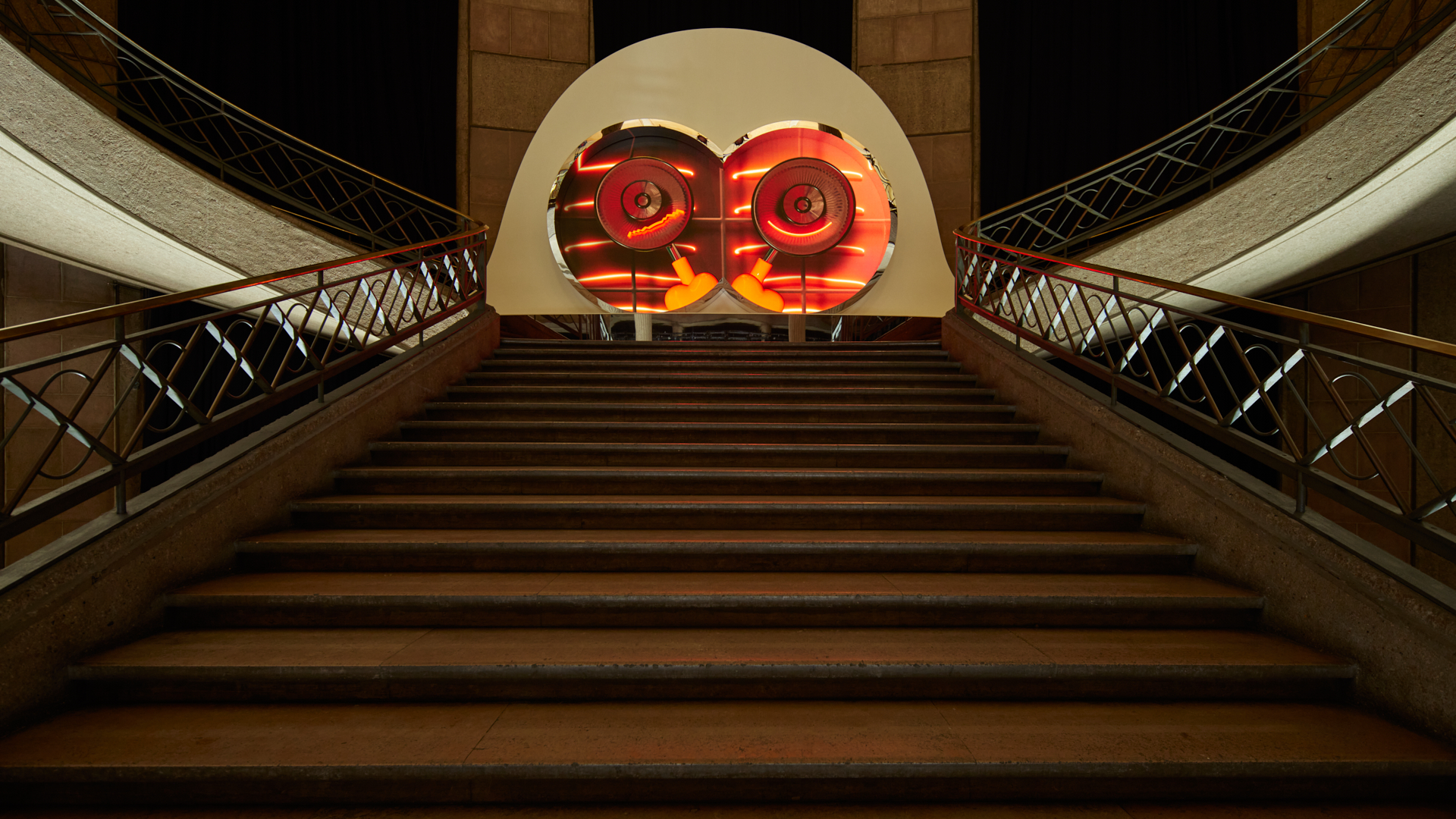 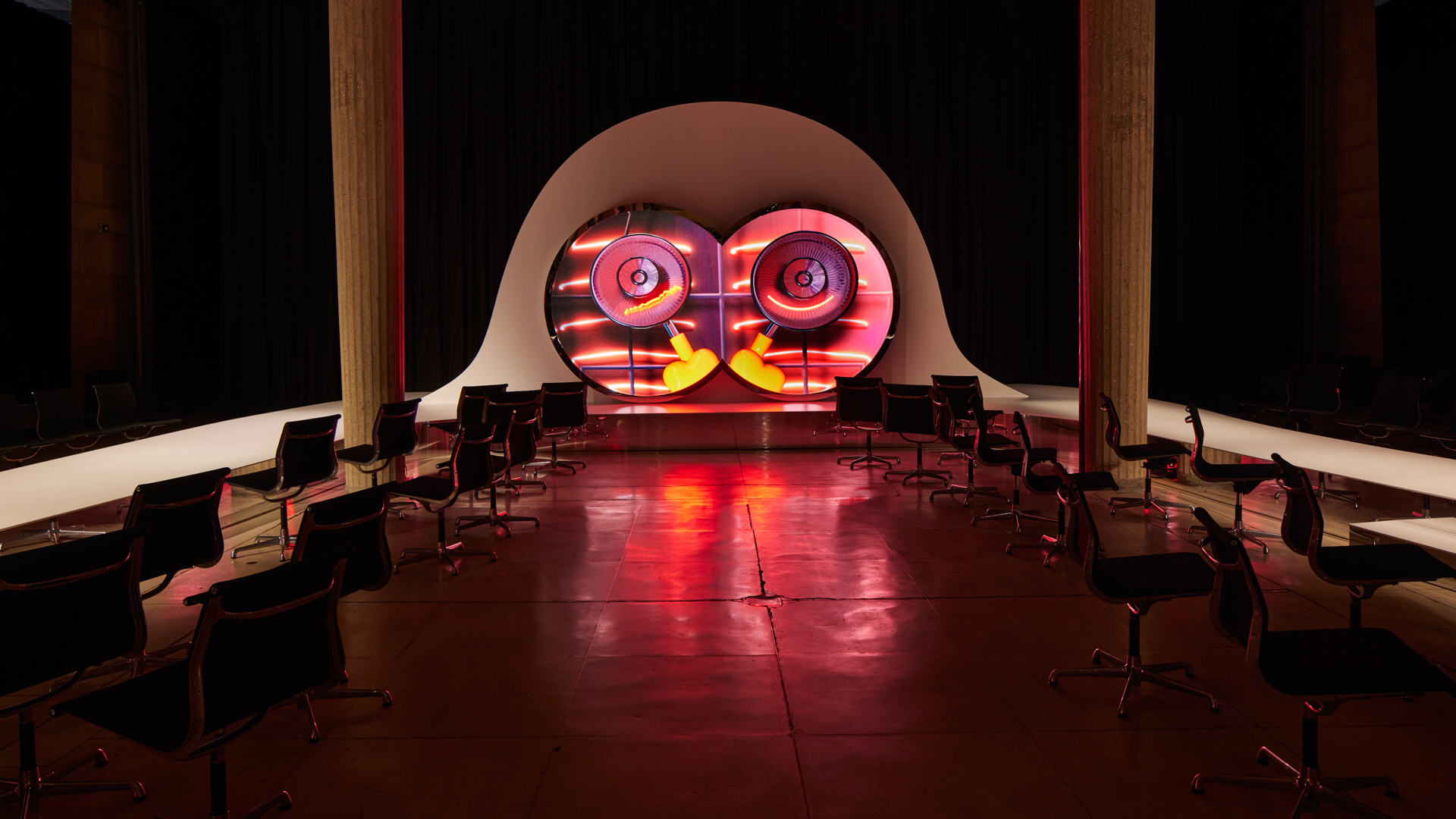 Embroideries reflect the decoration of night-time attire, embellishing dresses and suits. Everyday alongside every night, the aesthetic language of day and evening dress each serve a purpose and have a meaning within life. An antidote to meaningless novelty, the collection examines fundamental realities of dress, the needs and wants of people from their clothes. It is an amplification of actuality - a focus on reality.

The materials used for the set-up of Miu Miu Spring Summer 2022 show will find new life after the event thanks to La Reserve des Arts, an association offering a service of collection, recovery of raw materials and decoration waste from fashion shows, making them available to professionals and students of the cultural sector. 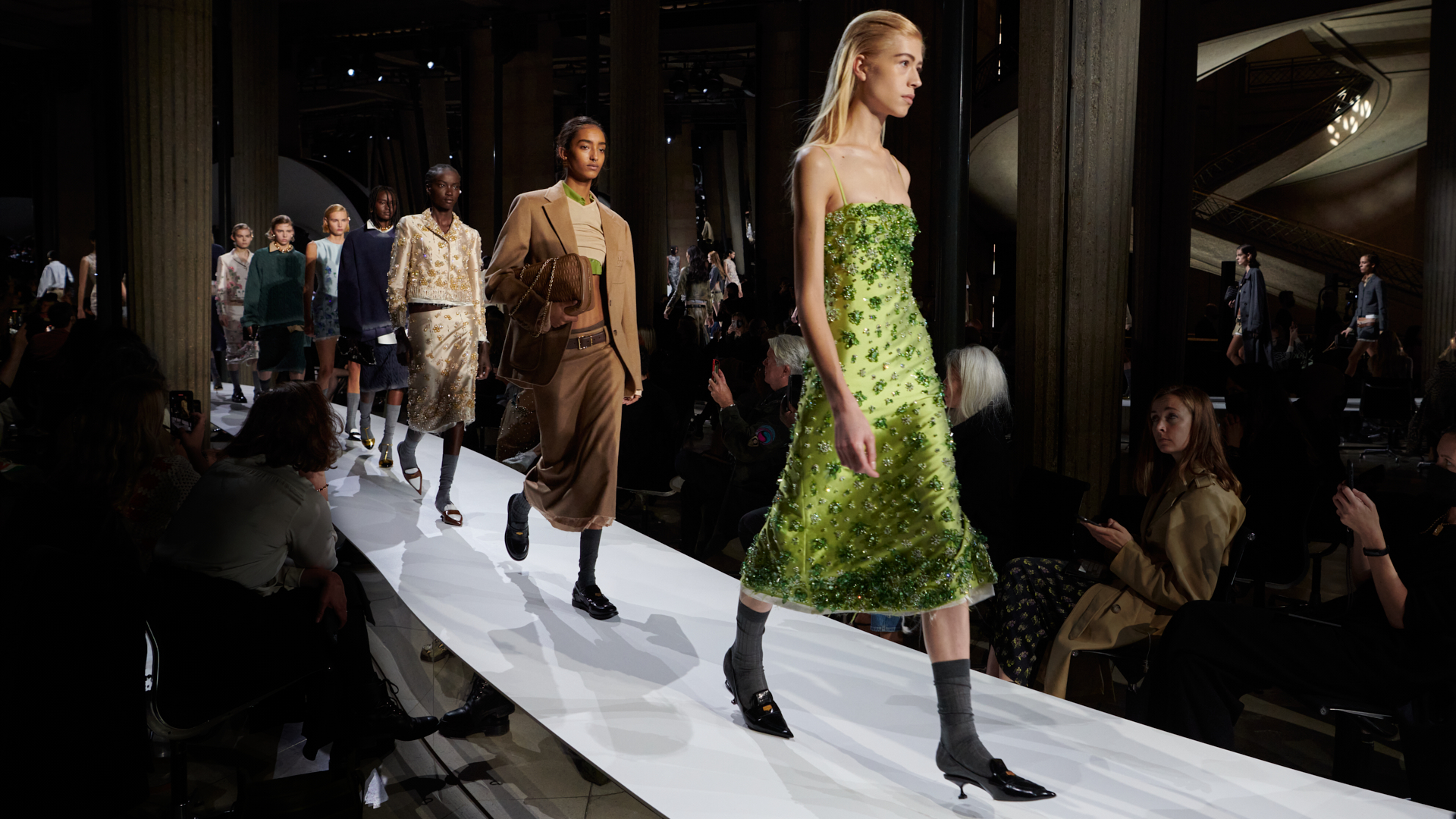 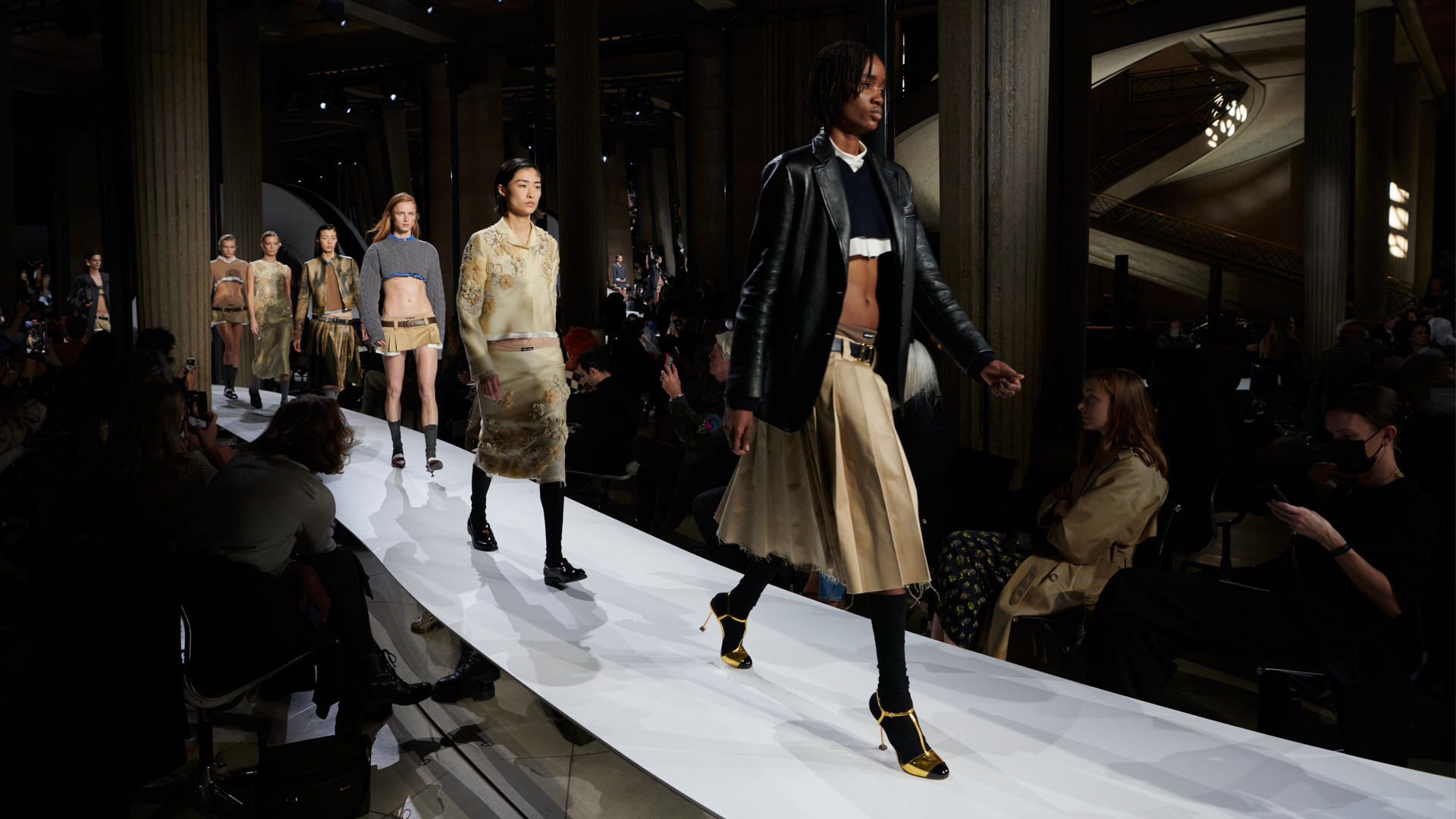