The LOEWE Show That Has Been Canceled: LOEWE FW21

KEY MESSAGE
"The show has been canceled" as a narrative backdrop to the collection.

OUTCOME
A newspaper and a time capsule of like a tin box in which the newspaper is folded into with a letter opener in it. 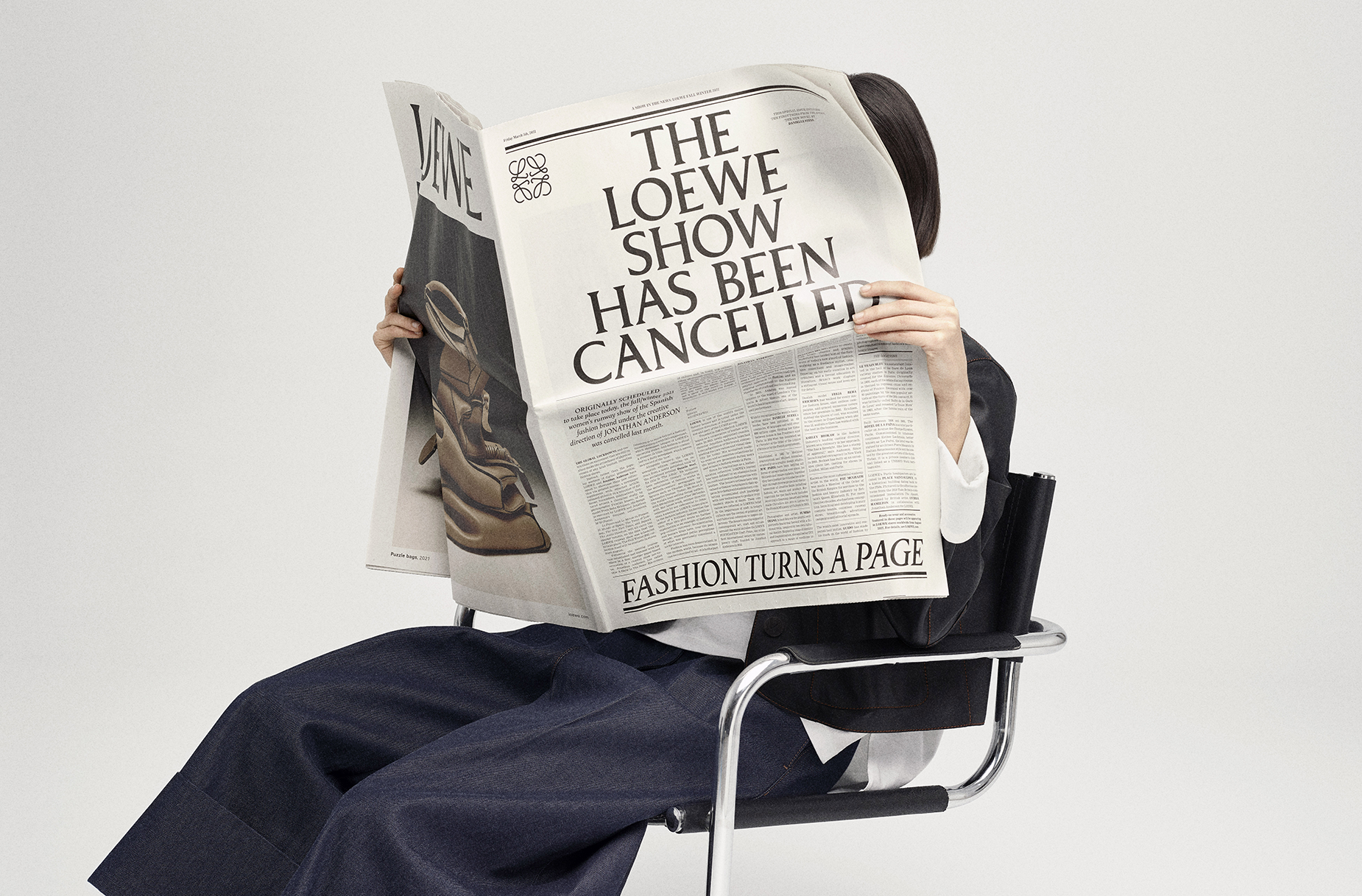 Breaking with the LOEWE formula, creative director Jonathan Anderson escapes the boundaries to define new ones. Hedonism is switched on. For the newspaper, Jonathan Anderson worked with Danielle Steel which he always has admired as a prolific writer that encourages people globally to read.

An exploded palette of bright, acrylic hues is juxtaposed in graphic compositions then mapped onto abstract silhouettes that swing around the body, drape all over it and sprout out of it. The sheer joy of fashion-making is harnessed to convey an idea of dressing up as an audacious act, marking a point of departure towards new grounds. 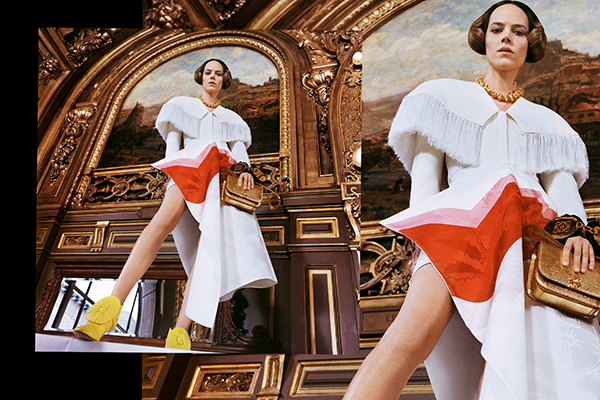 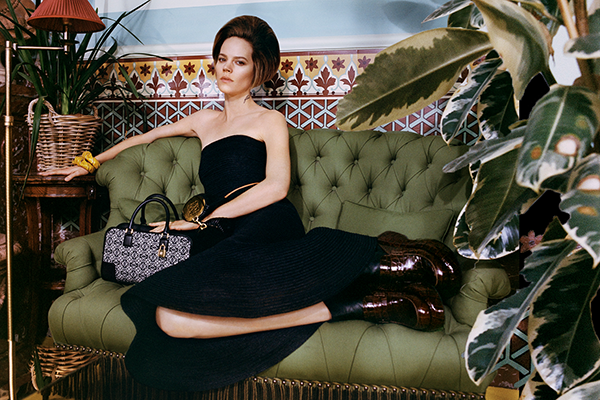 Geometry takes the lead, in both silhouette and surface treatment. Sinuous lines alternate with straight ones, angles with curves, fluidity with firmness, while quilting, prints, intarsia and jacquards amplify the synthetic, electric glare of the whole. Fringes and flaps move. Cut-outs and draping reveal hints of sex appeal. Embellishment dissolves onto the surfaces, and graphic elements such as circles and broken stripes electrify the pragmatic feel of playful uniforms. 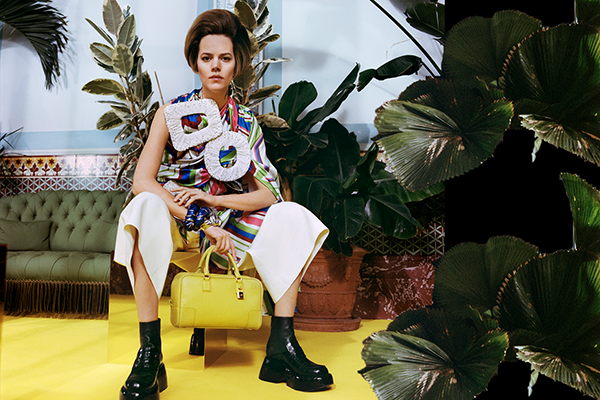 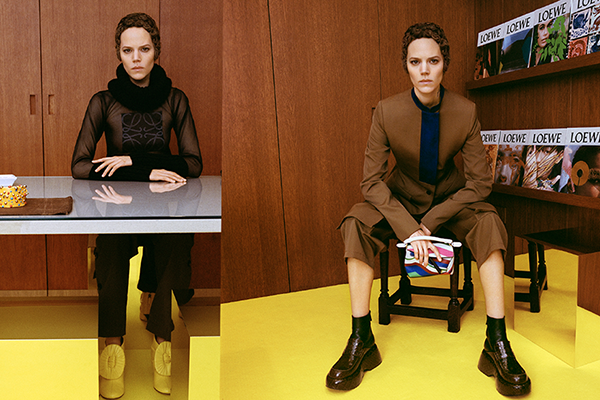 "There is Nothing More Seductive than a Coat Worn as a Dress" - Jonathan Anderson. Quilted coats with neckerchief hems. Long tailored jackets and cropped trousers. Giant tassels running along the hem of strict suede suits. Long dresses with flaps. Skirts that protrude on one side. Draped tops, draped dresses. A smattering of multiple appliqués. Intarsia and cut-out jumpers. Leather body pieces. Masculine riding coats. Gatherings, folds. 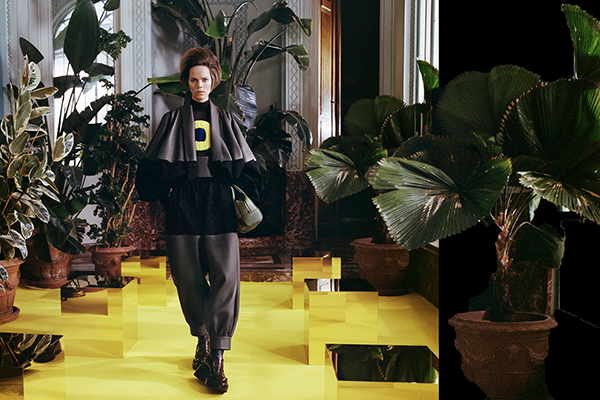 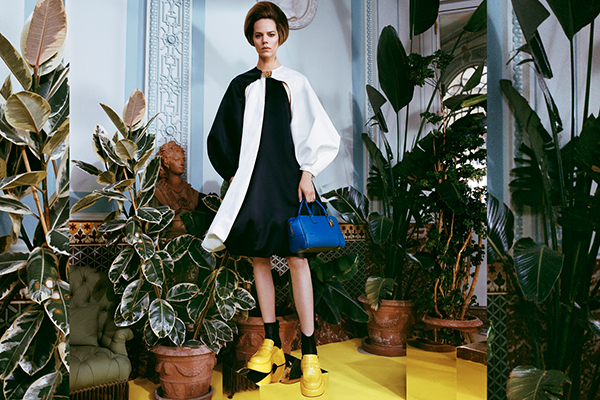