KEY MESSAGE
Soul Ecstasy is not just a music project. It's an art project that makes you see music production in a different light.

OUTCOME
Happiness, love, and continuous work became a baseline, which served as the project's foundation, influencing each space, visualized on the album cover alongside the musicians' stories. 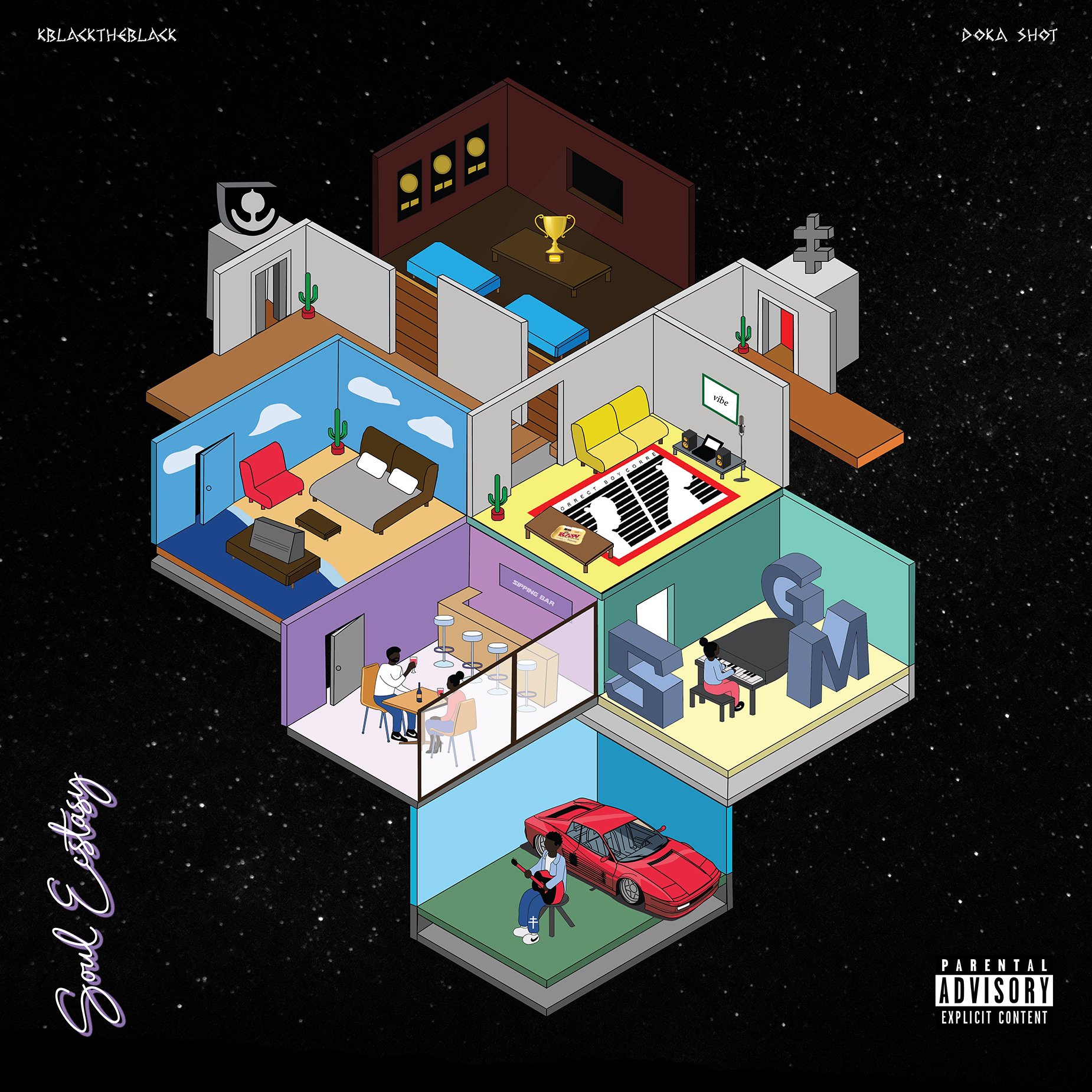 KBLACKTHEBLACK, a Nigerian musician, regularly hung out in the studio with the veteran producer DOKA SHOT. The duo realized that they had good chemistry for producing music together and decided to create an album with all the music they were making at the time. 80% of the album was recorded in summer 2019. The album was titled Soul Ecstasy, which expresses the general experience of putting the project together. It was co-produced by Kresh Majeor and TrizzybeatX. The verses were written by Canadian-based Eke Miller and talented multi-producer and rapper Veen and set against sweet melodies from singer and songwriter Mó Bolaji, with extra contributions from his hometown rappers Niel Eche, Faytunez and Ceexar. The melodies of trap were implored. The cover was created by Niel Eche, who is an artist, web developer, musician, DJ and student. Niel was raised in the southern part of Nigeria. He comes from Port Harcourt – a very industrial city, which influenced his career decisions. Heavily influenced by the American designer Virgil Abloh, he hopes to implement his skills to relate the various forms of art and design to create "contemporary works" for budding youths' society to build a collective of "contemporary creatives". His artist statement is open and close tags (< />) that he identifies his work with.

Music is one of the most significant ways of telling our stories and experimenting. Adding fashion and art elements such as a web experience is no longer just a music project but an art project, making you see music production in a different light.

The cover's objective was to give a very personal interpretation of Niel's experience while recording music. At the same time, it was about creating a piece that ties together each individual sound "space" to the collective story. To tell those unique stories, Niel decided to adopt a convenient method, having an illustration of a building and giving each track its own space while adopting the concept of Chromaesthesia (sound to color synaesthesia).
In addition to the cover, Niel designed a web experience you can explore at KBLACKTHEBLACK