PROJECT DETAILS
Dior calls their Spring/Summer 2022 women's collection a dream world. The fashion show embodies a mix of colours and shapes, both in the ready-to-wear clothing collection and the scenography shaping and providing character to the fashion space.

KEY MESSAGE
Through curiosity and research, this project came to life as part of a visit to the past. Inspired by the fashion change that happened in the 1960s, the show's creator, Maria Grazia Chiuri, aims to create a new definition of the fashion scene.

OUTCOME
Dior presents a live game show of a fashion show that reflects Dior's playful fashion collection. A live band shares the stage with the models and together they turn the fashion space into a nightclub-style life-size board game. 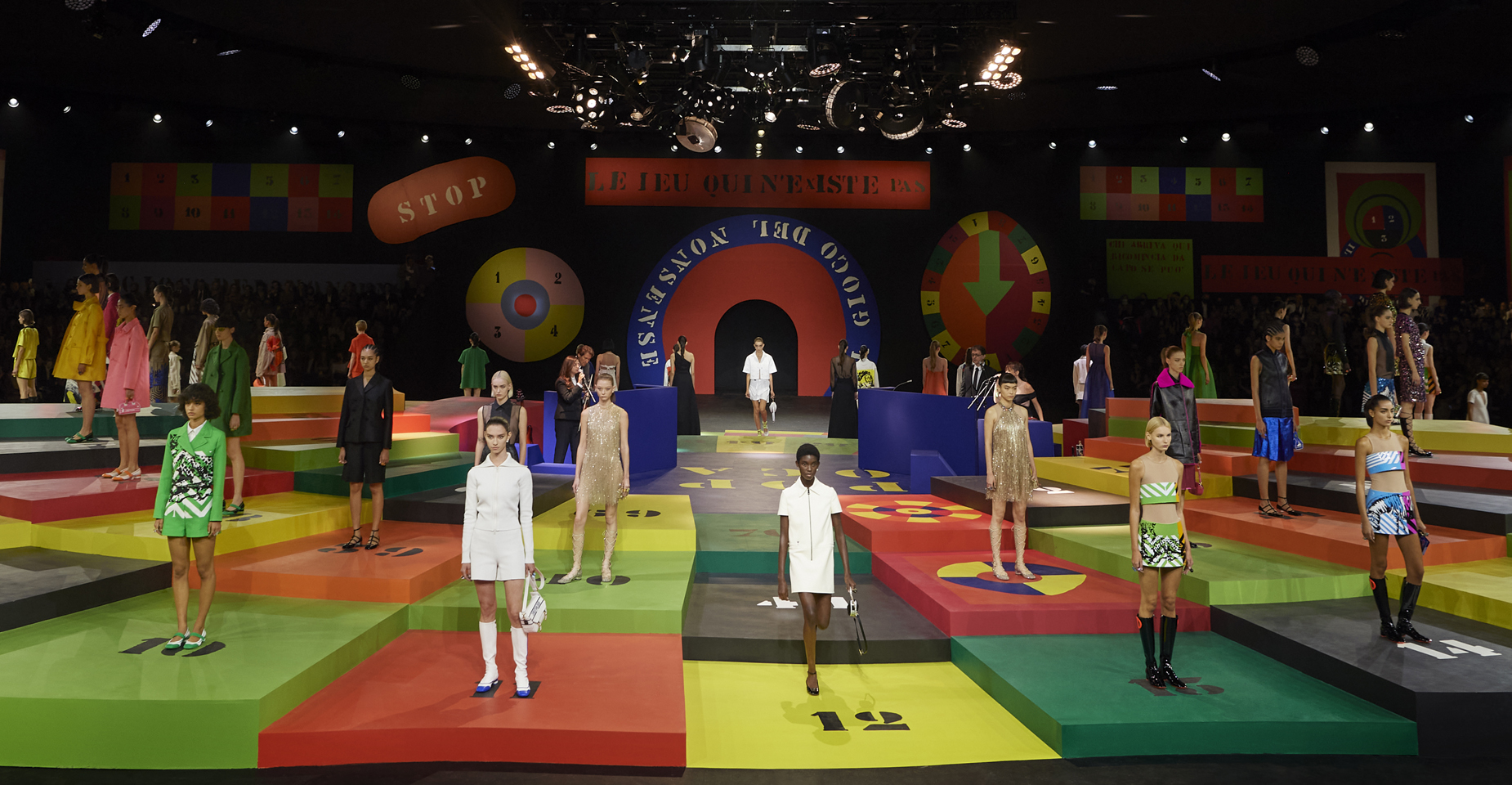 The models are dressed in colourful outfits, playing an absurd variety of real-life board games on a huge circular stage of squared steps. The women's fashion show for Dior Spring/Summer 2022 presents a cut-edge interpretation of change, art, and life in the context of fashion during a pandemic. Bringing a youthful dimension to the fashion scene, the definition of fashion gets a new, appropriate meaning.

The fashion show takes place in a fashion space designed in a circular shape. The stage is built up by boxes. These boxes help create a feeling of depth, which is enhanced by a lane that cuts through the middle of the surrounding platforms. In the centre, the electric dance music group Il Quadro Di Troisi performs music that sets a tone of focus and excitement, The colours range from bright oranges and reds, yellow tones, greens, and blues. Graphics in the interior include eye-catching fonts and seemingly incoherent numbers on each platform.

The 1960s inspired Maria Grazia Chiuri in her creation of this fashion show. More specifically, Italian artist Anna Paparatti. Paparatti had a playful style to her many paintings and drew inspiration from various creations themed around games, such her work  IL GIOCO DEL NONSENSE.

The models move in a spiral around a round-shaped board, up and down squared steps. To the beat of live techno music, they simultaneously move like absurdly joint pieces on a board – in the set of a contemporary theatre-metaspace. In the end, only the band is left in view of the audience, right in the middle of the board. The message of Dior’s game is clear: fashion must be fun! 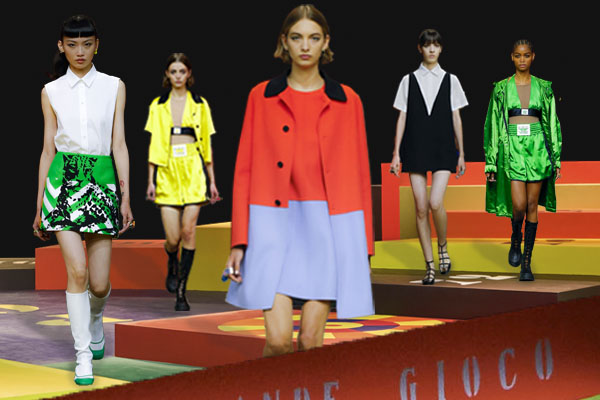 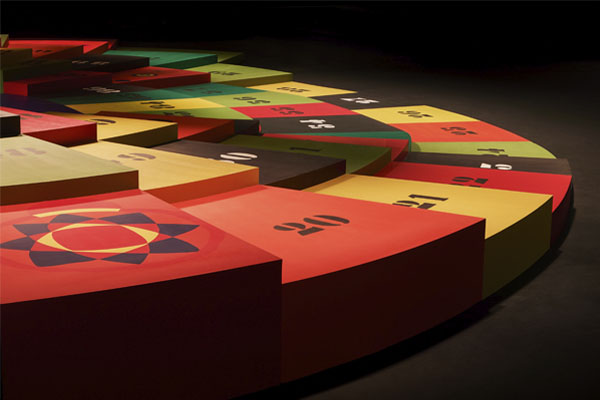 The Inspirations Behind the Slim Look and the 1960s

As part of the research for the execution of this collection, Chiuri investigated the previous Creative Director of Dior, Marc Bohan, and his revolutionary 1961-collection that is said to have changed fashion: the Slim Look collection. She took inspiration from his aesthetics and created a colourful fashion collection.

The fashion pieces are a great mix of the colours of the rainbow, blacks, and whites. They include boxy cut jackets and refined coats. As well as, and combined with dresses, skirts, and shorts. The styling is completed in a sleek, elegant, and sophisticated manner. The accessories, such as handbags and clutches, generally radiate a complimenting aspect of the outfits, as opposed to being dominating attributes. Black shiny boots and black gladiator shoes are the clear footwear of choice. 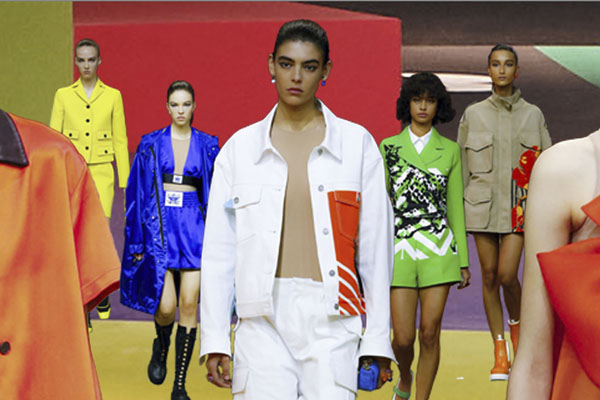 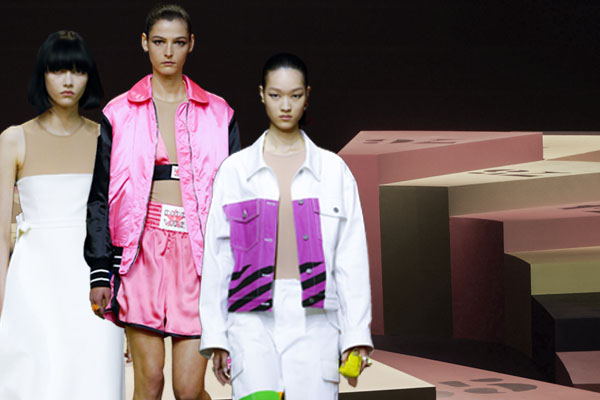