Miu Miu at the Pool within the Sea in Brittany

KEY MESSAGE
Maritime speaks of possibilities - the commencement of a journey. The coastline is not the end of the land, but rather marks the start of something new.

OUTCOME
Silhouetted against twin expanses of blue - the sky and the sea - the Miu Miu crew of feminine sailors are captured by Johnny Dufort, poised on the concrete ramparts of the Plage de Bon-Secours at Saint-Malo - a bathing pool jutting into the sea, man meeting nature. 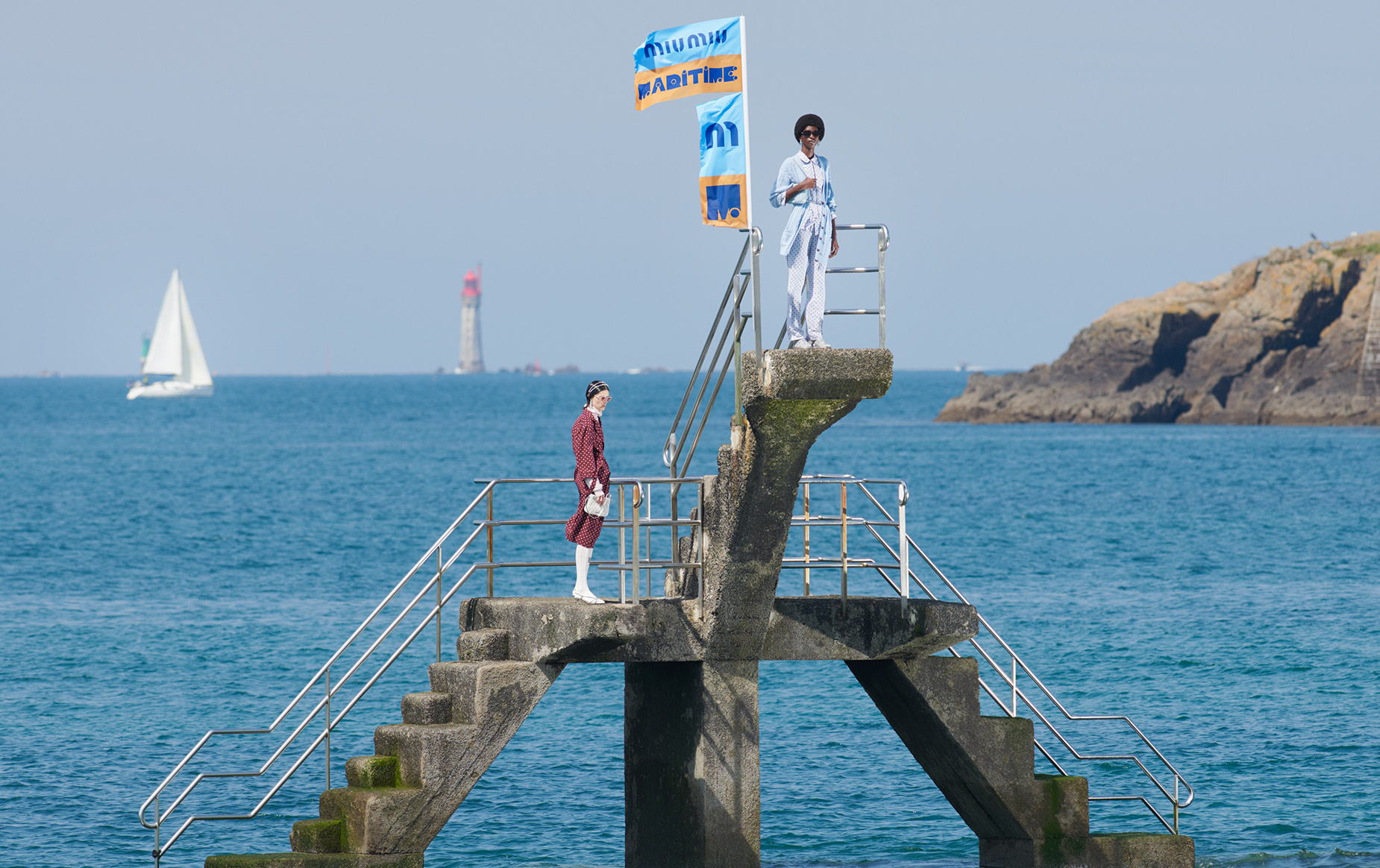 This time fashion spaces of Miu Miu occur at the swimming pool of Bon Secours beach in Saint-Malo. The seawater pool has become the symbol of Saint-Malo, a port city in Brittany, in France's northwest. The concrete pool with a diving platform that reveals as the tide recedes dates from the 30s of the 20th century. The Miu Miu crew captured by Johnny Dufort at high tide is a metaphor for a man meeting the always changing sea.

At this point of embarkation, where land meets water, this Miu Miu crew gazes out to the distance in anticipation - of a new beginning, a different season, a different perspective, broadened horizons. As ever, these Miu Miu women are part of a collective, a group - here, they are a fleet, an admiralty, their clothing unifying them, signifying their bond. 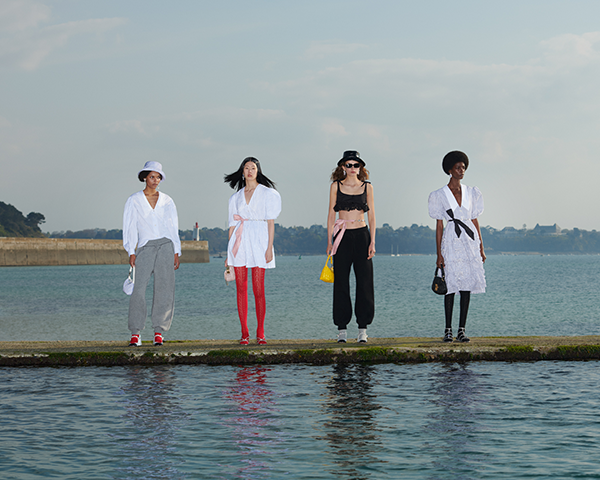 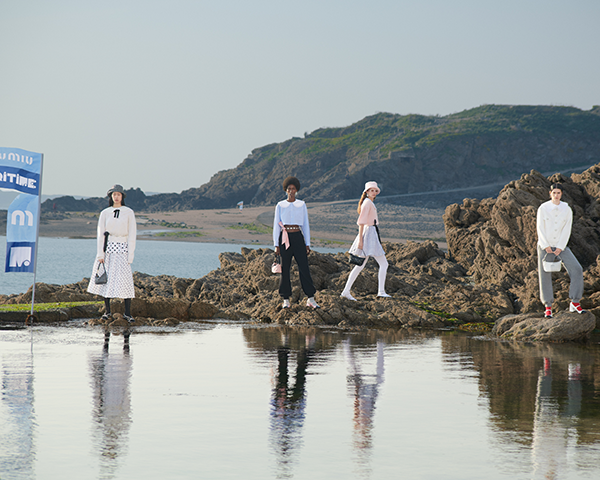 The clothes are fresh, spirited, evocative of mariner attire yet exaggerated by the lens of fashion. Traditionally masculine gestures - the flap collar, wide shoulders, an air of utility - are abstracted to be fused with the inherently feminine, with softly rounded sleeves, lace detailing, ruffles, bows. Created for summer, the fabrics are crisp, light, honest: satin pois, popeline, hard-wearing cotton denim - in marine blue, white, palest pink, officer’s red. This visual language, inextricably tied to nautical attire, can simultaneously speak of other worlds - borrowed for children’s clothing and casual attire of the past, today those details evoke, in the subconscious, youthfulness, vacation, freedom. 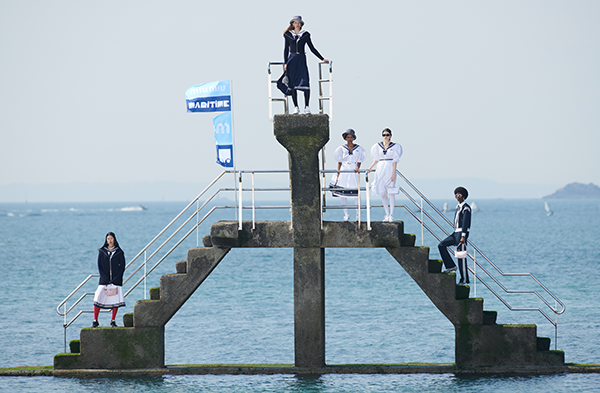