PROJECT DETAILS
Hedonistic release: the LOEWE Men’s Spring Summer 2022 collection is charged with the electrifying promise of intimacy and the feel of human touch. Creative director Jonathan Anderson keeps shapes at once abstract and straightforward, letting colours explode in a riot of saturated hues.

KEY MESSAGE
The theme of the night out is inspired by the work of New York-based, German artist Florian Krewer (b.1986), one of the most exciting new voices in contemporary painting.

OUTCOME
THE BOX: Guests will receive a box containing a slipcase with two books, four posters, three hundred glow-in-the-dark star stickers in a dust bag, and a fluorescent yellow leather slap bracelet. The two books, both designed by M/M (Paris), define the perimeter within which the project moves, amplifying the reach of the collection. 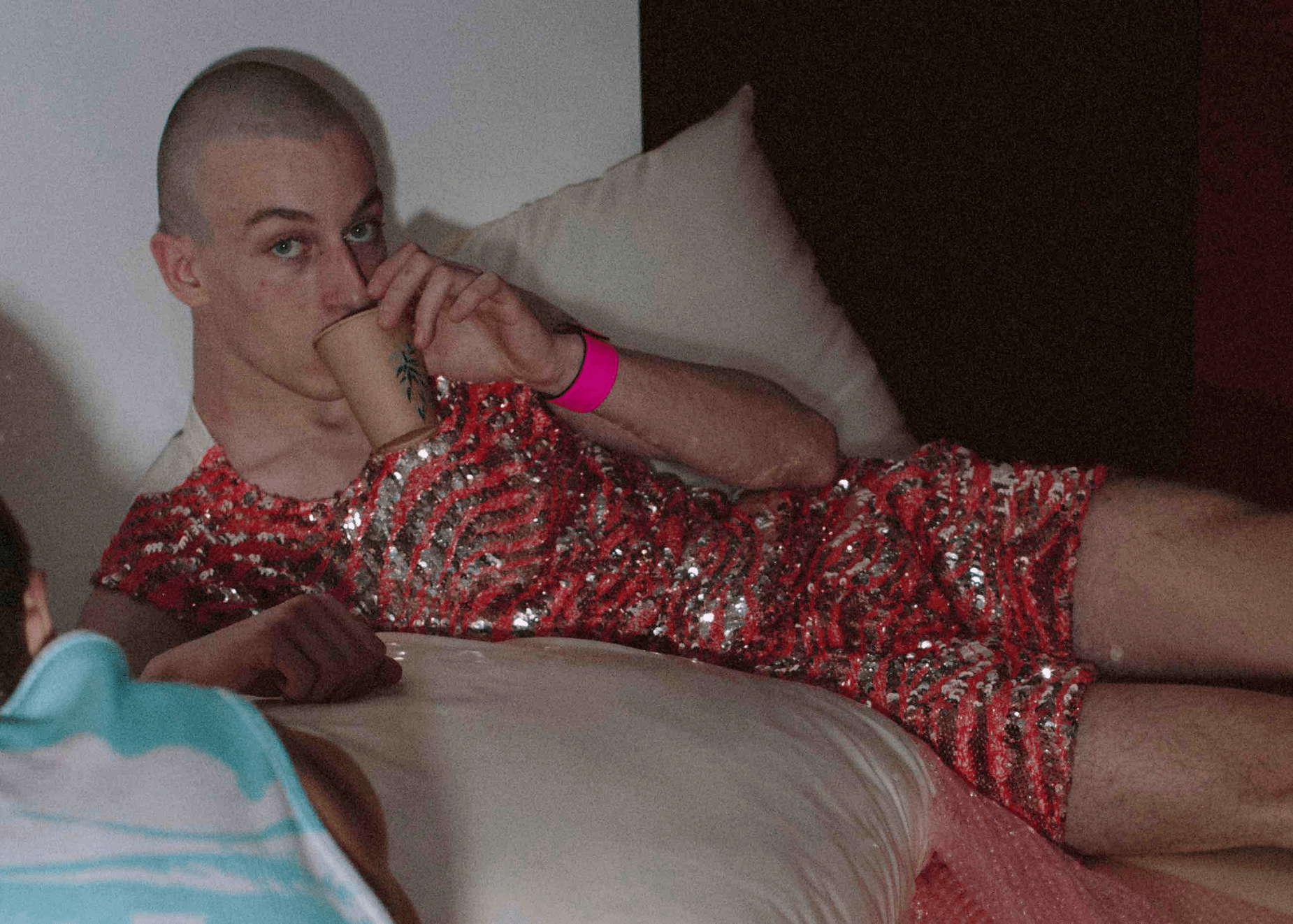 The theme of the night out is inspired by the work of New York-based, German artist Florian Krewer (b.1986), one of the most exciting new voices in contemporary painting. Autobiographical, yet free from an overt narrative, his work begins in either found or personal photographs he has taken. With a colour palette presenting a surprising range of night-dark blacks, unclean whites and artificially-sweetened pinks, purples and blues, Krewer’s paintings, populated with characters that are free and chaotic, explore conflicts and desires consumed in the public spaces of cities

Accompanied by a foreword by Jonathan Anderson and an introduction by art critic Stanton Taylor, the first book presents a selection of paintings, drawings and rarely seen photographs by Krewer. Featuring the characters that inspired the collection, the works testify they are real individuals, charging the publication with a particularly intimate quality, coming across as a real-life document filtered through trippy eyes.

The second book contains the abstract snapshots of British photographer David Sims(b.1966), shot on different characters, and in various situations —on the basketball court,on the rocks, inside a warehouse, or a house— wearing the collection. The palimpsestic scenes merge and combine multiple visual elements, creating a dizzy feeling whilst retaining a disarming honesty. The featured models are a mix of professionals and new faces street cast in Marseille.

The project is completed with four fold-out posters: an artwork by Florian Krewer,
a David Sims photograph, the men’s runway collection lookbook images and the women’s precollection look book images. 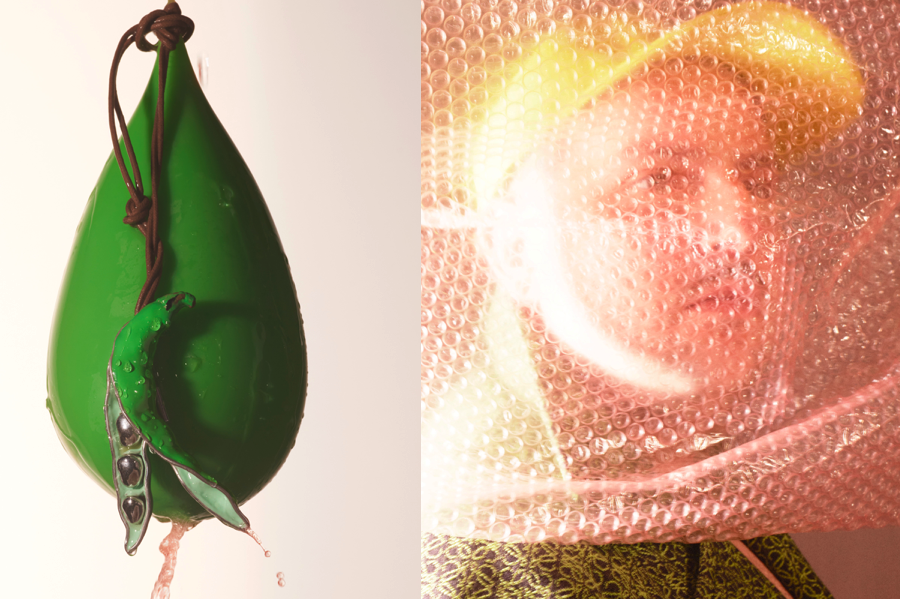 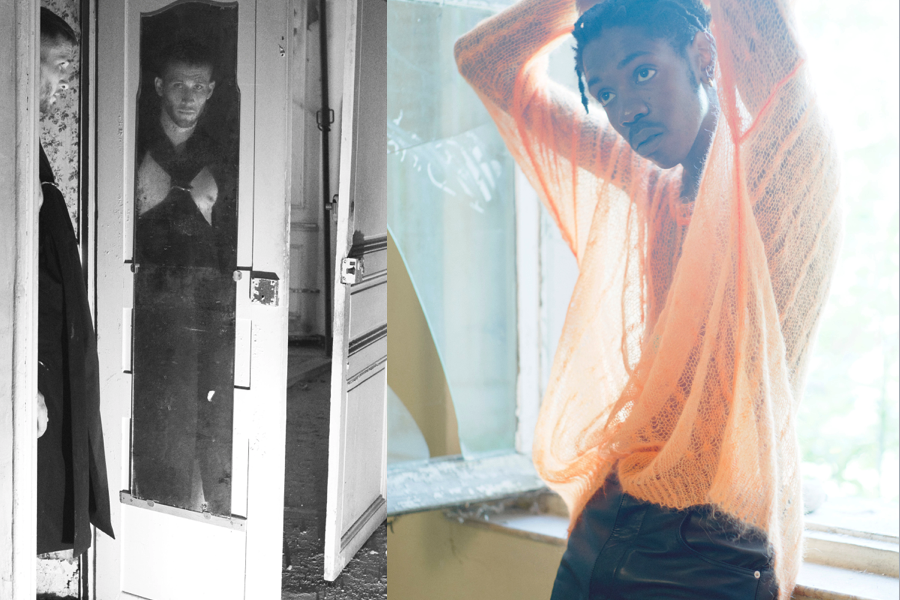 The Sexual Energy Released into the Action

A sexual energy is released into the action, with glimpses of the body, or its parts, revealed by draping or strategically placed cutouts. Tripping out translates into an idea of distortion, with coats spouting metal plaques on the back or tops dematerialising into transparent multiple layers. Sequinned animal prints and the all-over paillette leave an insouciantly kitsch trail. The juxtaposition of the pragmatic and the just-plain-bonkers sets the swinging, energetic tone. Logo-patterned trench coats, leather parkas, zip-up coats gathered at the waist, roomy cargo shorts in earthy hues are juxtaposed with draped tunics, cut-out multi-layer jumpers, all-in-ones, space-dye neckerchief tops and trousers made of rope in acrylic colour ways. Matching tops and shorts, or tops and trousers, are distorted by prints and decoration. 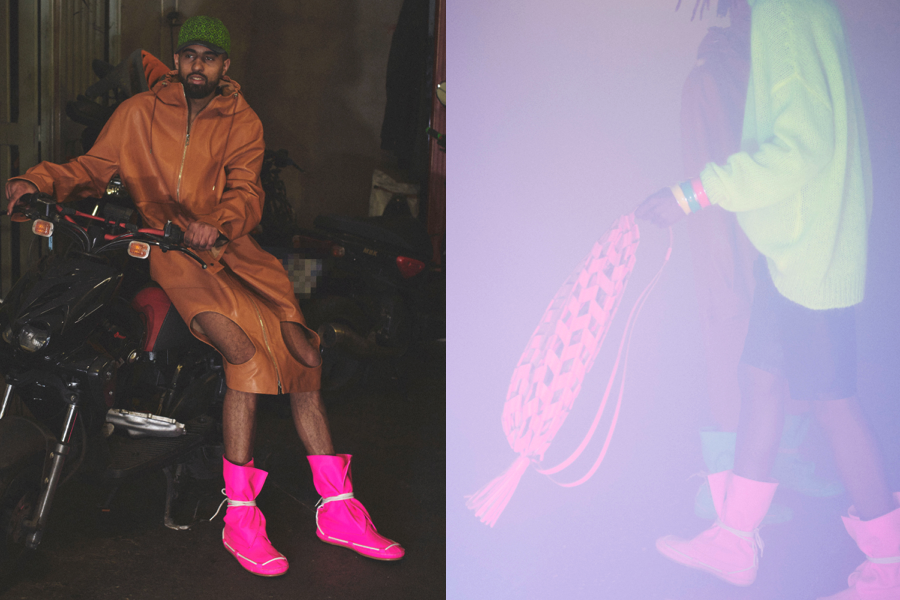 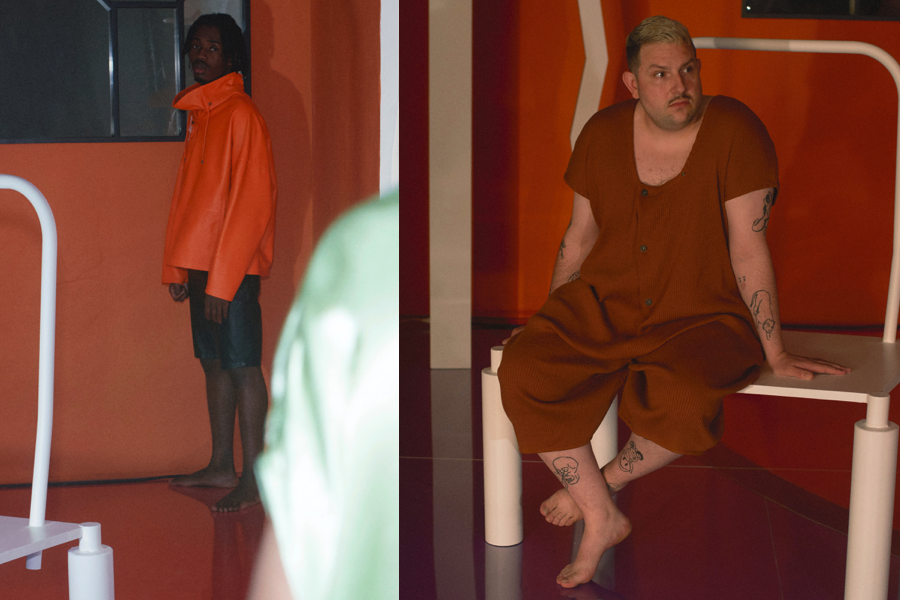 The looks are accessorised with folded boots, sandals, colourful slippers, bumbags, either in small or mini sizes. The multifaceted Puzzle arrives, for the first time, in a supple hobo shape or as a bumbag in two sizes, the small and the mini. The LOEWE Anagram jacquard with bright neon pink and apple green colour ways on roll top backpacks and bumbags.Round glasses with brightly coloured frames add another feisty touch.

Joy and freedom come to the fore.