The distinctive logo and elongated silhouettes were reimagined in Ann Demeulemeester's SS23 collection while being shown in an industrial garage.

PROJECT DETAILS
The SS 23 runway show was staged by Ann Demeulemeester's creative team within the setting of industrial architecture in Paris's 11TH ARR in order to revisit the brand's DNA.

OUTCOME
The presentation's goal was to review, highlight, and build the brand's DNA in order to move forward it. 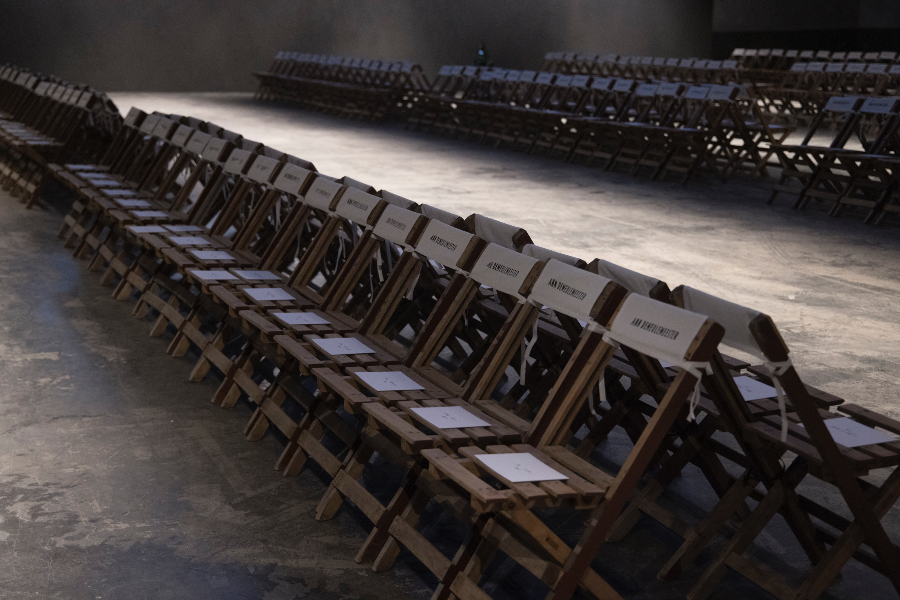 The 800 m2 industrial mezzanine was furnished with rows of basic, foldable wooden chairs beneath a large skylight. The room slid into the blur of Parisian dusk as the showtime approached and the sky darkened. Only the spotlights illuminated the white canvas that was fastened to the backs of the chairs and had one of the late 20th century's most recognizable but challenging to recall and correctly pronounce logotypes: Ann Demeulemeester.

Location scouting as a method

Location scouting is a common technique for producing a memorable fashion show, where the carefully chosen show location defines the spatial direction or, as it is usually referred to in the set designer industry, atmosphere. A historically noteworthy location, like the Musée d'Orsay for Louis Vuitton AW22, or the potential for building an extraordinarily long runway, like for Y/AW Project's 22 collection, could be the emphasis. 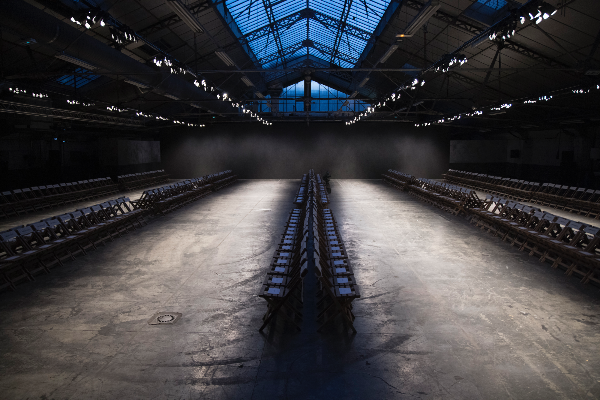 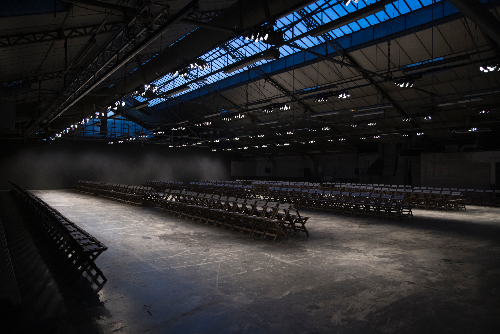 The 13-minute walk from Place de la Bastille to Garage Amelot's distinctive industrial setting creates a very laid-back Parisian atmosphere for visitors arriving for the Ann Demeulemeester SS23 show. One of the prominent Antwerp Six, a team of Belgian designers who rose to prominence in the 1980s for their ground-breaking ideas. Later, her monochrome color-scheme-based shapes captured the essence of the 1990s. The location was a stark reminder of her distinguishing qualities: the clothes' faded patina of fabric. 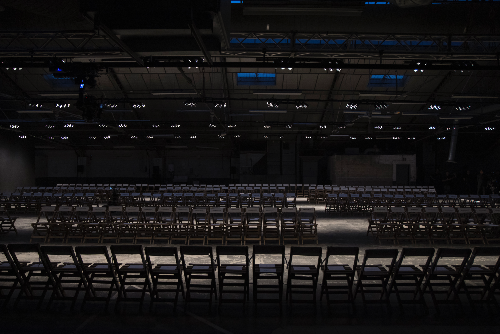 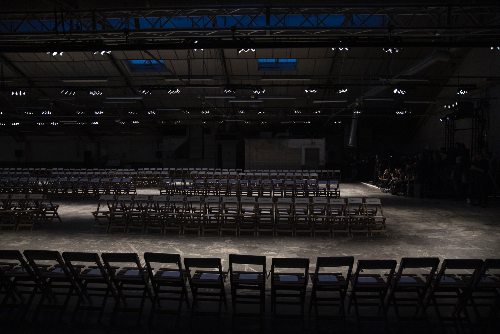 Film archives are a frequent source of inspiration for Emma Rauch, who uses a modernist style to create scenarios that often have a dark, weird edge. The cinema director's chair archetype, the pinnacle of behind-the-scenes realism, served as the foundation for the SS23 set. Ann Demeulemeester is building up mise en scène for the SS23 presentation, much like a great film director, to explore, emphasize, and develop the brand's DNA to bring it into the future.