KEY MESSAGE
In his third collection for Schiaparelli, Daniel Roseberry wanted to challenge the idea of what couture is, and should be, by making clothes that respect the tradition of not only this Maison but the artistry behind it, while at the same time exploding the cliches associated with the genre.

OUTCOME
The collection follows in the legacy of the house and its founder. Elsa Schiaparelli was a great technician: She loved fabric, and she especially loved technical innovations. She was the first couturier to use synthetic fabrics; she was the first to incorporate plastic zippers into her work. Her ambition was to experiment, to be disobedient, in all things: fabrication, shape, color, iconography. 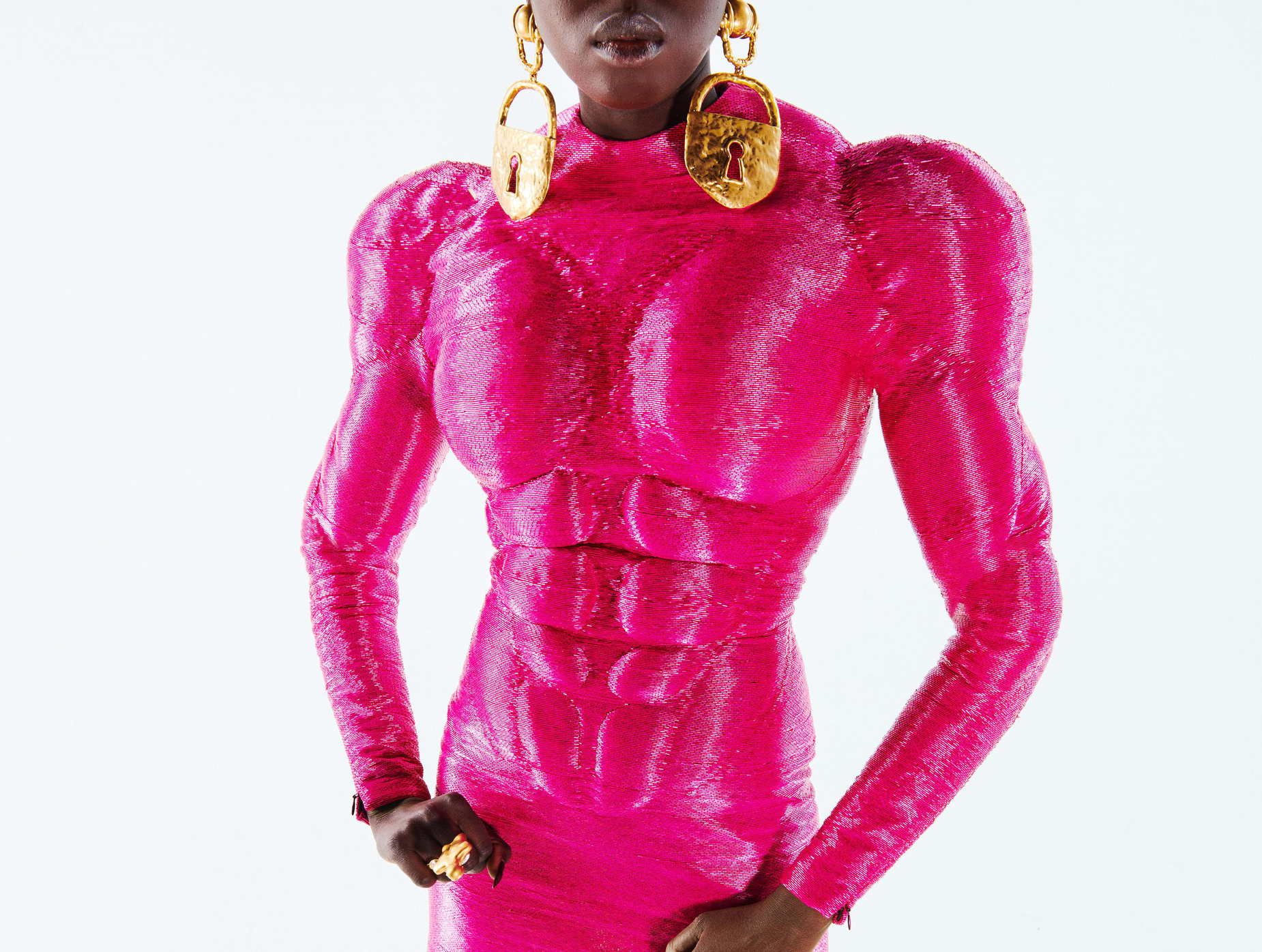 The collection referenced many of the codes—and looks—she invented, both directly and indirectly. The basketweave wool cape, embellished with thousands of gold bugle beads, invokes her 1938 hooded veil embroidered to look like hair. You’ll also see her signature padlock, reimagined here as a hard-shelled minaudière; her measuring tape, blown out into an exaggerated, embellished silk faille train

Here is what the word “couture” conjures in the popular imagination: delicate embroidery, fragile as lace; skirts made from yards of silk; dresses as inoffensively pretty as something from a fairy tale—a vision unchanged from couture’s pinnacle in the 1950s.

But who says this is what couture has to be? In his third collection for Schiaparelli, Daniel Roseberry wanted to challenge the idea of what couture is, and should be, by making clothes that respect the tradition of not only this Maison, but the artistry behind it, while at the same time exploding the cliches associated with the genre.

Daniel Roseberry wants to make an alternative couture house: Here, the fantasy isn’t princess dresses or polite garments; here, the fantasy is within. These are clothes that make you aware of the fact of your body, that make you think about how you move through the world. Elsa Schiaparelli also made clothes thattorqued the body, but her intentions were never macabre; instead, she encouraged a childlike, un-neurotic exploration of the human form. Hers were garments means to celebrate the joy of peacocking, the joy of showing off. 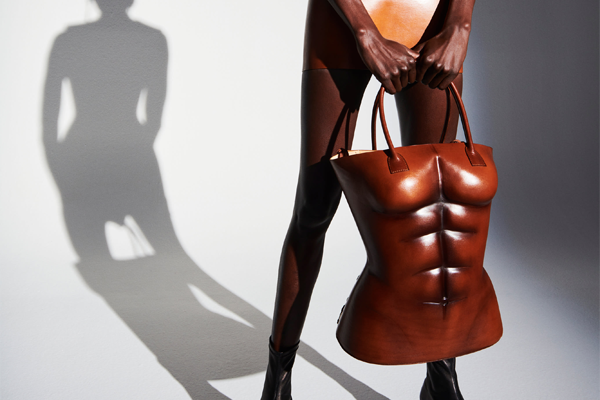 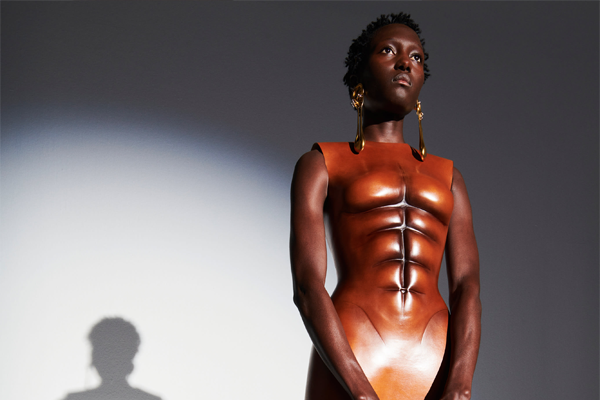 Discarding the usual silhouettes of couture

Roseberry started by discarding the usual silhouettes of couture. There are no skirts in this collection, for example; instead, the designer wanted to take pieces that aren’t “supposed” to be shown in this context—pants, for example; a bomber jacket—and invite people to see them anew. The techniques, too, are unexpected: a pair of blouson leather pants has an elastic waist; a pair of denim jeans is reimagined in stone washed silk duchess and embellished with dangling gold padlocks. The fabrics are equally inventive and disruptive:along with overdyed silk faille, molded leather, and crisp dry hand taffeta, there’s also silk-velvet bonded to neoprene, and a column gown draped in sinuous silk jersey. 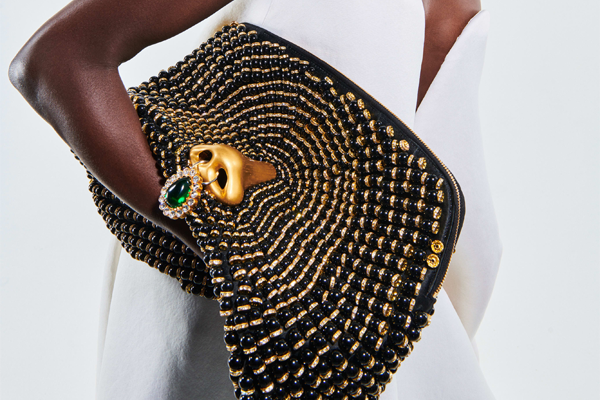 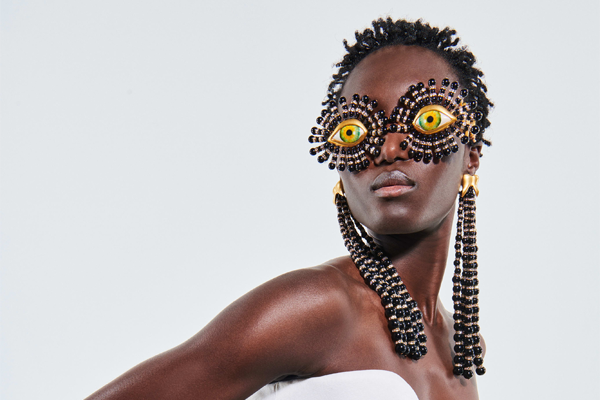