PROJECT DETAILS
THEBE MAGUGU’s SS2022 Women’s collection called ‘GENEALOGY’ is characterised by familial relations communicated through old family photos from fashion designer Magugu and his family’s own upbringings. He looks through these pictures to find joy, followed by modernising the dressing styles into re-contextualised looks.

KEY MESSAGE
Value lies in spending time with loved ones and enjoying the minor moments in life. Because they often turn out to be the most substantial ones. No matter the significance of the time spent, quality time can be had under any circumstance.

OUTCOME
Cherishing the happy memories from our past and reliving these moments through dialogues and conversations, contributes to nourishing our own mental health and well-being. This is an accessible source to true contentment, that anyone can discover inside their own mind. 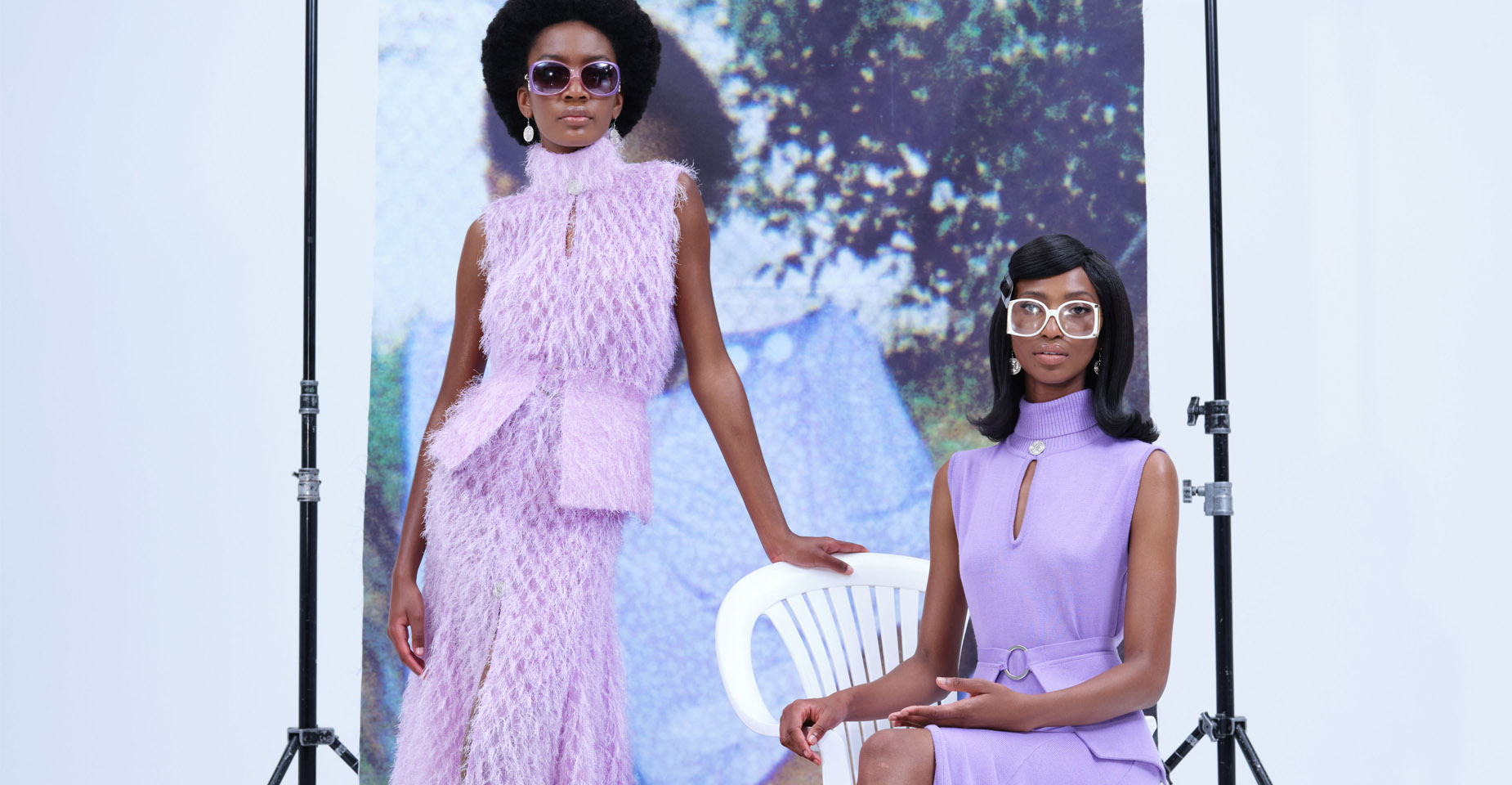 THEBE MAGUGU’s SS2022 Women’s collection began as a project that tackled negative feelings and turned them into something positive. At the centre of this project is the designer’s biggest source of happiness,- his family. Sitting down with his mother and his aunt, Magugu narrated the fashion show, inside the studio, and broke down what inspired each look, while they all reminisced about the past.

The Fashion Show as a Trip Down Memory Lane

Metaspace refers to a space beyond any physical space. Though developed from imagination, it is not completely a designer’s imaginary space, because it is fulfilled through their creation of a fashion show. “Metaspace exists only for the duration of the fashion show,” (McQuillan, 17, 2020). The idea of metaspaces is one of four dimensions of the concept model called Fashion Spaces. This method of concept construction considers location, place, site and metaspace in order to create concepts and take layered conceptual designs to higher levels.

For THEBE MAGUGU’s SS2022 Women’s fashion show, Magugu himself took part in the fashion show functioning as a narrator. Dressed in matching fuschia-coloured clothing, he sat down with his mother and aunt to look through a small collection of their family photos. The fashion show took place inside a studio, in front of banners with magnified copies of their family photos. The Magugu family’s actual conversation occured around a small, round table. They discussed their own memories connected to each picture, while the screen is shared with a window of models wearing Magugu’s re-invented looks, all inspired by the photograph being discussed. 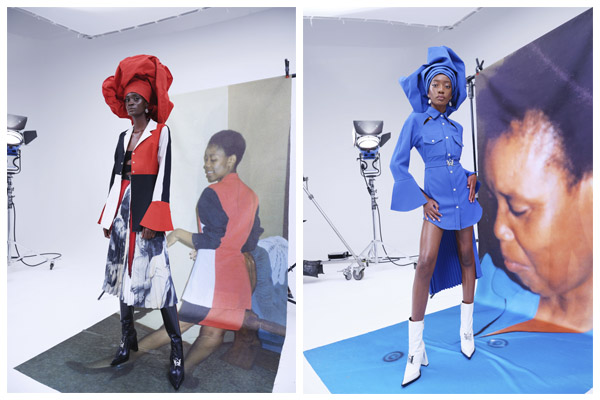 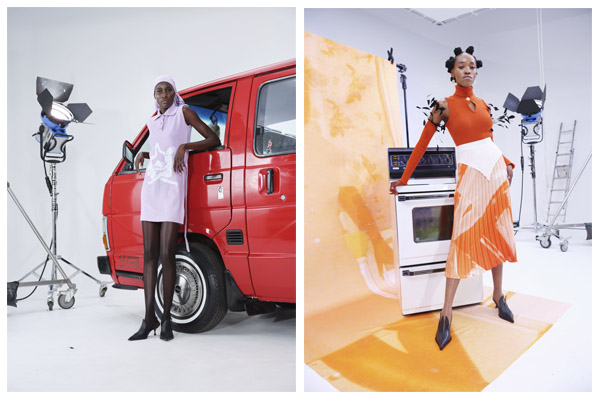 Magugu was inspired to turn his collection into a personal fashion memoir after going through a period of feeling down. He separated himself from the weight of not following the perceived rules of designing a fashion collection, and decided to focus on what makes him feel most safe and happy. Based on this he started the project that turned into the ‘GENEALOGY’ SS22 collection. Here he takes the happiness of past times and channels the stories and feelings in the photographs into fresh and modern outfits.

This collection consists of new looks inspired by photos of Magugu’s family members when they were younger. He recreated outfits from different occasions, including a wedding, a school gala and a pajama party. One outfit was inspired by a photo of a relative wearing her uniform. Pieces of clothing re-contextualised range from trench coats and classic two-pieces, to a blanket worn, traditionally, as a garment. The colour palette consists of black and white, but also bright blue, green, red, orange and lilac. The paisley print and pleated skirt is reused from a photograph in honour of a late relative who loved this particular style. 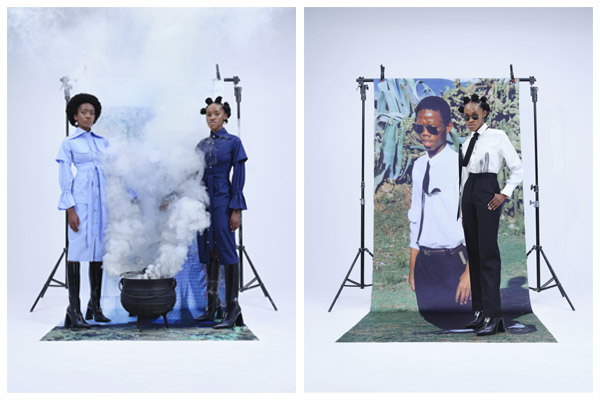 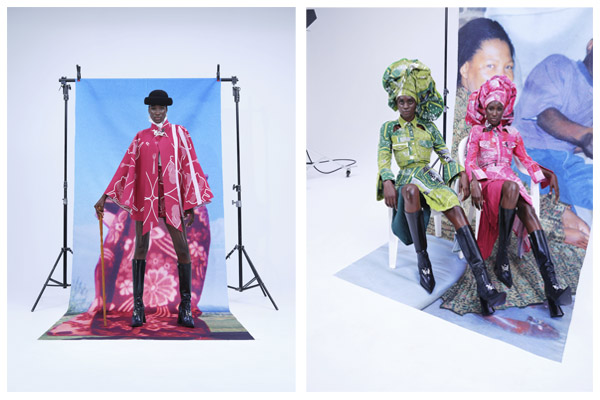